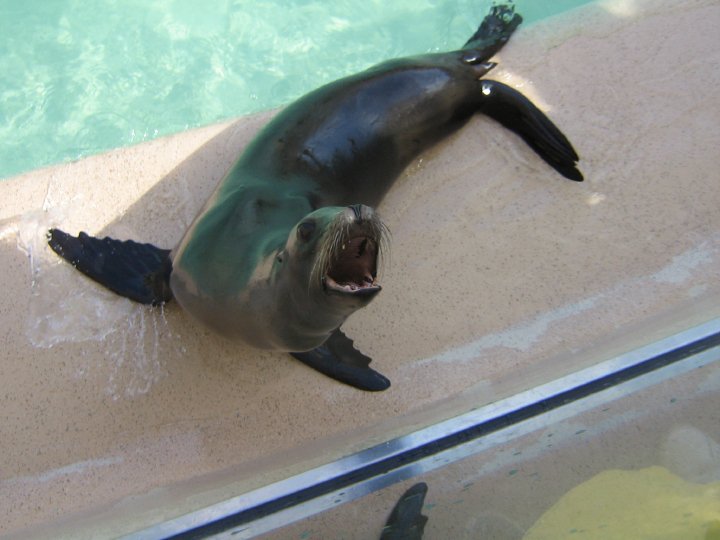 Wow/Christ/Shit/Fuck/Other! What are the chances of that? When people first see the clip of what happened – and the clip is available on YouTube if you want to see for yourself – the response is fairly uniform. A single expletive followed, in over 85 per cent of cases, by that exact statement. I witnessed the thing firsthand and still struggle, to this day, to believe what I saw. It’s just so unreal. But however crazy or unbelievable, however deeply buried in the realms of nano-probabilty, this thing was bound to happen; the only question was to whom, and when.

And while we’re on the subject of probability, there was also always the chance that young Mikey Bridcutt would be born with a rare mitochondrial disease. So rare, in fact, that the condition remains unnamed. Early during the Spring of last year doctors had spotted a retinal degeneration while investigating his poor twilight vision. From there, the trail led remorselessly to a fatal diagnosis, and the prognosis for frequent CoQ10 and insulin treatments, cardiac drugs and, if he lived that long, a cardiac pacemaker. Mikey would die, in all likelihood, before he reached twenty.

The summer that followed the news of Mikey’s terminal condition had brought several weeks of exceptional heat across Britain. Forests had burned and reservoirs emptied. The earth baked, cracked and unleashed a plague of insects, an unholy harvest of thistles and ghostly dust clouds.   Newspaper headlines that, in the beginning, screamed with glee – Sunnier than Santorini!, Hotter than the Costa! – soon gave way to health warnings, tips for survival and rising death counts.

Still and all, we – my wife Robyn, our two children Jon and Karl, and I – took our holiday, as planned, in north Devon with our close family friends, the Bridcutts – Duncan, Alice, Mikey and his two older sisters Becks and Jackie. We’d chosen the South-West for its dramatic seashore. The region collects a swell of current from the North Atlantic Drift which, accelerating off the Newfoundland coast like a fastball, sends breakers pounding onto the coastline where the bay sits like a catcher’s mitt. What’s more, the sustained hot weather had brought the chance we’d get to see some serious exotic marine life. Dolphin sightings had become commonplace by late August, and there were rumours that several pods of whales had been spotted by numerous fishing vessels. This latter had been especially exciting for Becks, an aspiring marine biologist.

We’d planned to rent accommodation at a chalet park near Clovelly, but at the last minute Duncan had struck gold when a work colleague offered his private holiday home near Hartland Quay for rental. The six bedroom rental turned out to be a Victorian gothic castle house, a turreted wonderland of drawing rooms, hidey holes, antiques and chandeliers over three floors. It was so close to the sea you could taste the salt. It was the perfect base in which our two families could commune and from which we could explore the area.

One day into the holiday the heatwave finally broke, giving way to one of Lorna Doone’s great black, gusty storms which took three days to pass. In the ensuing calm, we were all impatient to get back outside, but couldn’t agree on where to go.

‘How about we head up to Hartland Abbey?’ suggested Duncan.

‘That sounds good, it’s supposed to be a lovely walk too. And some interesting historical points along the way,’ said Alice.

‘We could do, but there’s some outdoor theatre on up at the Abbey,’ I suggested. ‘And a barbeque. ’

‘Sounds nice, Dad,’ said Jon, framing the word ‘nice’ with quotation marks in the air. ‘But I say we throw together a picnic and hit the beach. Dudes?’

In the end we tossed a coin. Heads was for Hartland Abbey and tails for the beach. It came down on tails. Before long we were taking a narrow path that led from the house, down through tufty dunes, and onto an isolated stretch of sand north of the estuary. We gulped great lungfuls of Atlantic air as we squinted out towards the horizon, dazzled by a glitter ball sea and a sky dappled with glazed, oily clouds. Rowdy herring gulls scavenged as we looked among sheltered rock pools for common prawns and edible crab. A lone cormorant eyed us with caution from a shallow gully.

Later, after a hearty picnic, as the grown-ups combed the beach for mermaids purse and cowrie shells washed up among an abundance of red dulse, gutweed and sea lettuce, the youngsters befriended a small party of children. Their new friends, who had arrived while we were tucking into our pies and sandwiches, were body-boarding in the frantic surf, filming on their mobile devices all the while. They invited our gang to join in, and it was not long before the surfing had deteriorated into hilarious horseplay.

Now, to see Mikey frolicking with the other kids in the effervescent foam at the water’s edge, their elated screams baffled by the ocean’s white noise, it was impossible to comprehend his pending demise. I looked on, lost in the happy moment, before I was seized by an abrupt awareness of group panic. There was just time to register, peripherally, Duncan Bridcutt’s shouts, his pointing out to sea, and a subtle shift of the children’s body posture, before a dark, glistening mass torpedoed out of the surf, gate-crashing the merriment. The next instant it was over; a beached, oafish shark, colossal and thrashing while Mikey hung stilled and gory in its serrated jaws.

Last night I sat in the pub with Duncan, drinking, occasionally talking. It was quiet, an early midweek evening and, when there were words, we talked about work, sports, films – anything to maintain the necessary fiction of normality.

We had lapsed into one of our many silences, drawn passively to the highlights of a football match on the pub’s big screen. Duncan took a long draught of his beer, and said: “You know, you can walk among the rubble of personal tragedy. Or even survey the wreckage of other people’s lives – and there’s plenty of that to see these days, isn’t there? And it’s hard, you know . . . it’s so bloody hard to remember that good things are just as likely to happen as bad things. But they are. Perhaps more so. How long do you keep walking over the rubble, Gene? How long?”

With this, Duncan drained the remainder of his beer, and placed it back on the bar, signalling for a refill. It felt to me, at that moment, that a line had been drawn, a battle begun, the struggle between the memories of Mikey’s most joyful moments and the recollection of that macabre, improbable fluke.

****Gene Farmer lives in East Anglia, in the UK, and works as an IT Consultant. While he has been writing a first novel for the last 7 years, Probability is his first short story. He is thrilled at the prospect of having his work read, and thanks you greatly for taking the time.

4 Replies to “Probability – by GENE FARMER”