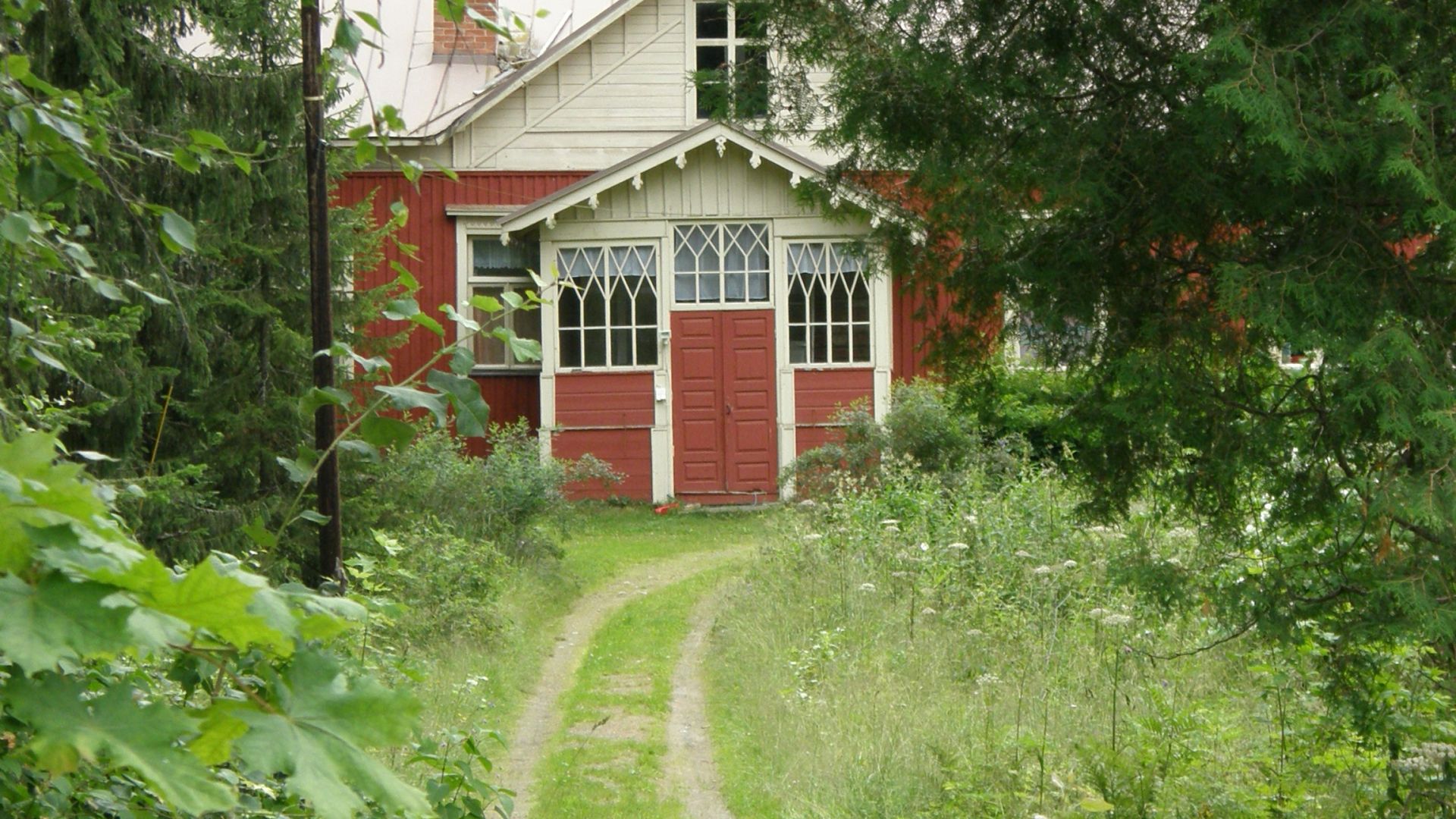 Mrs. Underwood lifts a cup of coffee toward her lips.  Black.  No cream or sugar allowed.  A woman of her advanced age can no longer afford such luxuries.  Doctors’ orders.  Her frail hands tremble as she blows the steam away from her perspiring lips.  She sips at the hot liquid, and of course, it’s delicious.  Throughout all these years she still worships the taste of coffee, just as she had all those years ago when she first tasted it.  Apparently coffee never grows old.

Too bad she can’t say the same for herself.

Warm sunshine pours in through the windows.  Mrs. Underwood loves the feeling she gets when the soft rays tickle her skin, causing goose-bumps to rise like bubbles in a pot of boiling water.  For this reason she is always up before dawn, waiting for the sun to arrive and welcome her to the new day.

She looks down upon her outfit (a long well-worn nightgown) and sighs.  She takes another sip of coffee and allows her mind to wander.  Her mind wanders back to a time when she actually had a reason to wear lovely dresses once in a while.  Dresses that showed off her long legs.  She recalls how good it felt when a young man would ask her to dance, or when a gentleman would step aside to hold a door open for her. She would turn around to thank him and catch him stealing a glance at her back side as she stepped though the doorway.

No sense tormenting herself by thinking about those long gone days, but it’s hard not to think about her youth.  Those care-free days when she actually had something to live for.

She puts her coffee down and stares at her feet.  Her slippers are tattered and worn.  Maybe later on in the evening she will gather her knitting kit and make a new pair.  Some comfortable new slippers would be nice.  Just having something to do would be nice.

Her attention is suddenly stolen away from her slippers when she notices two  small figures out in the meadow on the far side of her lawn.  Disgusted at what she sees,        she approaches her window to get a better look.

“Oh for Pete’s sake,” she says.  “Now why on earth do those boys feel they have to meddle with those flowers?”

Through her window, out in the meadow, the two young boys from the house next door busy themselves by plucking away at some of the wildflowers that occupy the landscape.  From where Mrs. Underwood stands, she cannot see any rhyme or reason as to why those boys would feel the need to rid the neighborhood of such lovely flowers.

Don’t they have anything better to do?

Maybe after ‘The Price is Right’ she will scurry next door and inform the boys parents of their misdoings.  She makes her way back to her seat, and to no one in particular she says, “Oh what’s the point?”  She tells herself that maybe the boys are already in trouble for something and are trying to make amends by picking some flowers for their mother.

Mrs. Underwood retrieves her coffee mug and takes another sip, but a lump appears in her throat, making it difficult to swallow.  She finds herself sobbing.  Seeing those two boys out there in the meadow reminds her of her own children.

For about a year after her husband passed away, her two sons and daughter would pop in every now and again for a visit.  They always brought the grandchildren with them, which she always appreciated, but after a while the visits grew less frequent, until finally her children stopped visiting completely.  Now-a-days it seems they only call her on her birthday or drop by to give her a card on Christmas.  It’s a hell of a way to treat their mother.  After all, she thinks.  I’m the one who brought them into this world.

Thinking of her children always depresses her, and her depression has been so severe lately that she even took the trouble of gathering all of the family pictures in the house and putting them into a shoebox.  That shoebox now collects dust in her bedroom closet.

The lump in her throat increases and she cannot finish her coffee.  She decides to dump it into the kitchen sink.

Bracing herself over the sink, she allows her anguish to consume her.  She has a terrible decision to make – a decision she has been putting it off for a while now, but this sudden outburst draws attention to the severe importance of her situation.  Fresh tears flow freely down her wrinkled cheeks because for many months now she has been formulating a plan.  One last act that will end the misery that has become her life, and last weekend she had put all of the necessary items into place.  All she had to do now was wait until the time felt right.

Staring down into the wash basin, Mrs. Underwood realizes there is no better time than right now.

Gathering up her courage, Mrs. Underwood heaves herself away from the sink and heads towards her bedroom.

In her room, she sits upon her neatly made bed and stares at the closet door.  Tears no longer stand in her eyes, her hands no longer tremble and her sadness is down to a dull aching.  She knows that beyond the closet door the end of all her troubles awaits.  For Mrs. Underwood, her closet door may as well be the gates of heaven.  She takes a deep breath, stands up, and closes her hand around the door handle.  The moment of truth has arrived.

She opens the closet door.

Glorious emptiness fills her mind as her eyes fall upon a small stool.  Four and a half feet above the stool is a noose, the end of which is tied to a rafter in the opening of the ceiling.  It was hell climbing through the small opening into the attic, but now as she gazes upon the fruits of her efforts, she knows her pains were well worth it. Mrs. Underwood stands on the stool, and just as she is putting the noose around her neck, there is a knocking at her front door.

“Who could that be?” she mumbles.  It certainly couldn’t be one of her children.

Of all the times…  “Ah the hell with ‘em.”  She continues with the noose, but then she thinks, what if it is one of the kids?  Is this how I want them to find me?  As she is thinking this, another knocking can be heard from the front door, followed by the impatient ringing of the doorbell.

She climbs down from the stool and makes her way down the hall towards the living room.  Once again the doorbell rings.  Feeling no need to rush, she shuffles along.  At her age, she rushes for no one.

Half expecting to be greeted by a salesman of some kind, she opens the door, but instead of being greeted by a seedy salesman, the two young boys from next door stand before her.  Up close, the boys look sweet and innocent.  Mrs. Underwood feels immediate remorse for harboring such negative thoughts about them earlier. Smiling brightly, the boys are wide eyed, proudly holding before them colorful displays of flowers they had picked and arranged all by themselves.

Anthony says, “We picked these for you,” and held the flowers out for her.

Quickly, the younger boy does the same.

Mrs. Underwood is stunned and it takes her a moment before she can come up with a response.  “Why thank you, boys.  These are lovely.”

It had been so long since anyone had done something nice for her that she almost forgot to reach out and accept the flowers.  When she finally did, she brought them close and inhaled the deep fragrance.

“This is so very nice of you.”

The younger boy weaves back and forth like a balloon on the edge of bursting.  “Hey Mrs. Underwood,” he says.  “Do you have any candy?”

His older brother elbows him in the ribs.  “Shut up, Danny.”

Mrs. Underwood chuckles.  “Candy?  Well let me see.”  She finds it funny that these children only brought her the flowers in hopes of receiving candy.  Still, no one has given her flowers in years.

The lump in her throat returns.  “Let me go put these in some water and I’ll see if I can find some candy for you nice young men.”

Their little faces light up, and they eagerly wait on the front door step as the old woman rummages around in her kitchen.

Having poured some tap water into a vase, she arranges the flowers and displays them at the center of her kitchen table.  On her way back to the front door she stops in the den.  On the coffee table sits a small bowl filled with an assortment of hard candies.  There’s a bag of Hershey’s Kisses next to it.  She grabs two handfuls of each and returns to the front door.

Eagerly waiting for their prize, the boys smile wide and cup their hands in front of them.

The children jump up and down, their eyes never leaving the candy.  “Thank you,”

they scream.  They then run across the yard.

The old woman shuts the door and heads back into the kitchen.  Alone with her thoughts she stares out the window.  She looks to the meadow where the boys had gathered the flowers.  A strong yearning erupts in her chest and the lump in her throat swells.

“Oh,” she chokes.  “What is this?”  Her hand rises instinctively to her mouth and the tips of her fingers gently rub her lips.  She can’t remember the last time she smiled.  She didn’t even know she had it in her anymore.  She hurries into the bathroom and stares before the mirror.  Mrs. Underwood can’t believe her eyes.  Within the wrinkles of that drooping face she catches a glimpse of the blushing young woman she once was.  There’s no denying it.  She looks ten years younger.

She leaves the bathroom and re-enters the kitchen.  “Maybe I’ll make another cup of coffee,” she says.  “And I think I’ll take cream and sugar today.”  But before she begins boiling the water she bends over the kitchen table and smells the fresh wildflowers.  “And I think later on I might head out and buy some more candy.”

Several of Daniel’s short stories have appeared in print through Tough Lit Magazine and Idea Gems Magazine.  Over 30 of his other stories, poems, articles and memoirs have been published in several online magazines, Including Ariel Chart (a signatory of Poets and Writers.)  If you like what you’ve read here, please browse his website: danielcraigroche.wordpress.com