AN INTERVIEW WITH THE GUYS BEHIND THE ROCK GROUP: SOMETHING YOU WHISPER 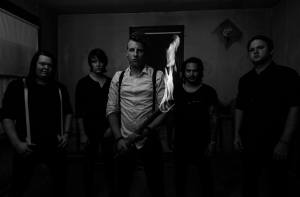 Sick Lit Magazine: Tell me about how your band got together. Are all of you from Cambridge, Ontario?

Something You Whisper: The band just started as a hobby, mostly. We all either met in high school, or from other local bands in the area. We are all from Cambridge, except for Brian who lives a bit out of town.

SLM: I’ve listened to both EPs and I really dig your sound. “Private Hell” opens with an industrial rock sound reminiscent of Trent Reznor from NIN. With that being said, what are some of your musical influences and artists who have helped to shape your sound?

SYW: Interesting; yeah we get inspired by a lot of different artists. Lately it’s been The Weekend, Like Moths To Flames, Crown The Empire and Bring Me The Horizon. We are also inspired by horror movies, and obviously life.

SLM: What are YOU guys listening to right now?

SYW: Kyle and I (WES) were just listening to the East Side Boys.

SLM: Some of your songs remind me of Thursday (circa 2003) with a tinge of Placebo (circa ’98). But you also have a very powerful, raw and emotional aspect to your lyrics and their delivery. What inspires your song writing?

SYW: Growing up, I always decided if I liked the song after reading the words. I always felt cheated if the song had shit lyrics…So I try my best when it comes to lyrics. 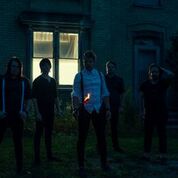 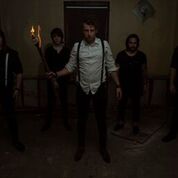 SLM: What have been some of the most exciting moments in your music career thus far?

SYW: I think some of the best moments we have had so far as a band have been getting to tour our country relentlessly. We have met friends all over the country, ones that we still talk to daily and travel to go see.

We also like food, so travelling and having “those restaurants” that are local to some cities that we go to every time we visit there is pretty epic. And of course, just touring and playing music is the best thing ever as that is what we are all passionate about; it doesn’t really get better than sharing that with 4 of your best friends.

SLM: Any touring in your future?

SYW: As of right now, we just have some single shows lined up but nothing else we are allowed to talk about at the moment! 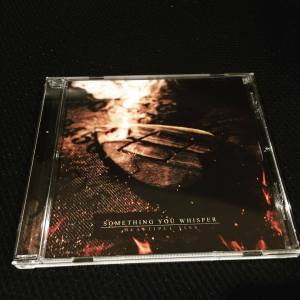 SLM: Ooh, sounds cryptic. So, what’s next for SYW? You said earlier that you were in the studio. Could this possibly be for an upcoming LP to be released in 2016? What can I expect to hear on this record and how will your sound differ from “Beautiful Sins?”

SYW: Yes, we just finished up in the studio! We were just recording a series of songs this time around, however we can’t really give detail as for what’s going on with these! Sorry! However, regarding sound, we still have some same roots as the EP as it incorporated something new to our previous sound that has had a great response from our fans! But these new songs are like the EP [referring to the EP, “Beautiful Sins.”] on steroids. The theatrical parts are amped up, more animated and intense. The choruses are bigger and catchier and get you right in the feels. Our heavy, dark parts also follow suit; heavier, more impactful and intense. So it’s definitely something we are looking forward to.

SLM: Where can my readers and I access and purchase your current EPs and music videos?

SYW: They can check out our music videos on YouTube!

EPs can be purchased on our iTunes or Big cartel!

SLM: Tell me something not many people know about you.

SYW: Something about us people wouldn’t know is how wide all of our personal interests spread! Some of us are hard-core into sports, some into magic cards, dungeons and dragons and video games. It’s pretty cool to see what we all enjoy in our free time, haha!

SLM: Will you be releasing anything on vinyl?

SYW: We have nothing planned for sure for vinyl! Hopefully one day. A couple of us are into collecting vinyl so it would be nice for that!

SLM: If you could give advice to a struggling musician on the verge of quitting, what would it be?

SYW: Some advice is: don’t just throw in the towel at the first sight of a struggle or hard times. You have to grind through some shit at some point or another. Very few bands just get signed without the work.

It’s a very hard business to get into for sure, but if you love music and it’s what you want to do and are happy doing it…well that says it all. There is a part of us that would say though, if you’re truly not into it anymore, then maybe it’s best to go your own way. At the end of the day, all you really have and own is your happiness and well-being. If music/touring isn’t doing it….well, there is nothing wrong with that either.

Sick Lit Magazine: Readers,this interview toggled back and forth between band mates Kyle Adshade and Wes Will.

Good advice. If you haven’t done so already, readers, I will implore you to check out the group’s music video for “Private Hell.” These guys are onto something; solid sound, impactful lyrics, and it’s just damn good. I give their EP, “Beautiful Sins,” an A+. Although reminiscent of bands like Thursday, SYW has a clearer, more defined and bigger sound. They have their shit together. I can’t wait to see what’s next for these guys.

***For more information on Something You Whisper, Please visit: