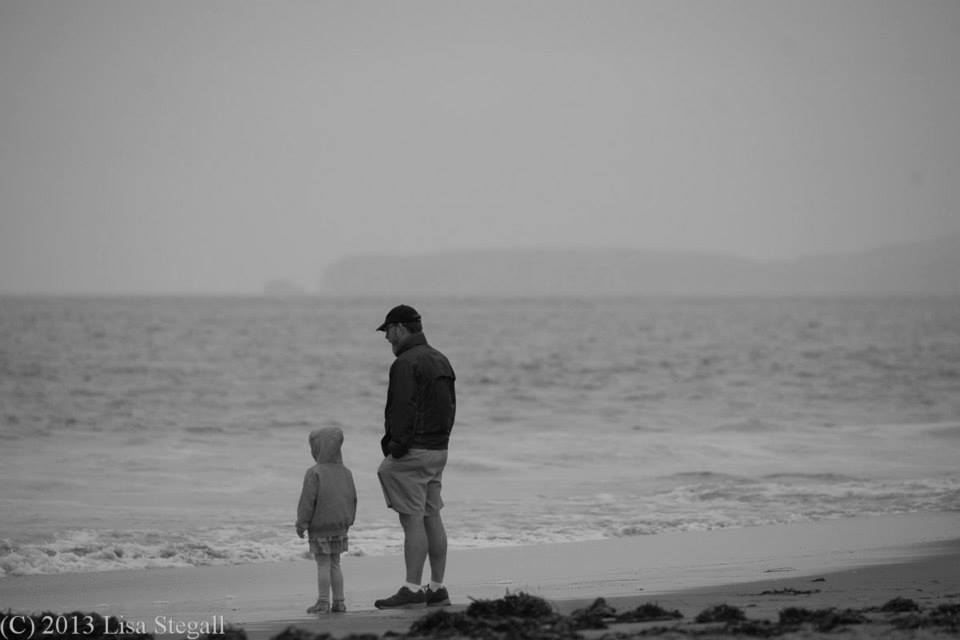 The boy of seven stole another glance at the sleeping man.

The boy got up and walked over and stepped over the man’s legs. He would have to be quick.

The sun was slanting straight in through the grimy window, and the glare made it hard to see. The boy was sure there had been paper and a pen somewhere in one of the drawers.

He opened the top one – slowly, so slowly – and looked again at the sleeping man. The beer can resting on the man’s stomach had tipped, held loosely in one hand, and formed a dark circle of damp on his drainpipe trousers. The hand – nails black with dirt, a tattoo of a swallow between thumb and forefinger – was an instrument of horror for the boy, and he quickly looked back at the drawer.

The boy quietly – oh, so quietly – pushed the drawer closed. He slid open another. This one, being slightly less accessible than the top, was less full of junk. It contained a bundle of terry towelling nappies (there were no babies in the flat, so the boy was slightly mystified by their presence), a packet of safety pins (unopened), half a pen (the useful half, the boy noticed with a leap of his heart), and, right at the back, a spider web. He felt the feathery, sticky silk brush his fingers.

The boy grabbed the pen and whipped his hand out of the drawer. He slid the drawer closed, terrified that the spider might get out and scurry across his hand and up his arm towards his face.

The next drawer down held a stiff, crumpled pair of knickers, a cardboard album cover spilling black shards of shattered vinyl, and – the boy’s eyes lit up – a writing pad, still in its clear plastic wrapper.

The boy took out the pad, closed the drawer – slowly, slowly – and clutched his treasures to his chest. Now he tiptoed over the stained, threadbare carpet, avoiding bin bags full of rubbish, catching his awkward reflection in the black glass of the television, stepped over the sleeping man’s legs, which terminated in two massive, stinking, winklepicker-clad feet – a sudden snore from the man made the boy’s throat squeeze shut and his eyes flash wide open and his little palms sweat – and went into the corner where a filthy duvet formed a kind of nest.

He sat down and took the wrapper off the notepad, taking great care not to make a noise. It was difficult because the plastic was so crisp and crinkly. He opened the pad to reveal the top sheet and he stared at its solemn blankness for a second or two. Then he took the pen between thumb and fingertip and began to write.

He stopped and thought, the broken end of the pen in his mouth.

‘I love you so much,’ he went on, the effort of the work crumpling his brow. ‘I want to come home. They are mean to me here. I am lonely. Yesterday the man told me to come here he sed he had something for me and he told me to cloes my eyes and put my hand out –’

The boy began to cry; some of the tears fell on the page and he tried to rub them away.

‘– but when I did the man burned my hand with his sigret and they all laffed and I screemed. I have to sleep in the corner because they sed my room is to full of there things and they woodnt take the things out so I could sleep in there –’

He had peeped into that room once – the room he had thought would be his. It had smelled bad. It had smelled terrible. There were rubbish bags heaped on a bed and flies batting against the window. There was a shape under the bed sheet – a large doll, the boy had thought. The shape had given him a horrible feeling, and he didn’t look at it again. A pile of junk by the window: wheels, sun-warped boards, splintered wooden bars.

But then they had come back, hooting and guffawing and banging into things, and he had clicked the door shut and rushed back to his place in the corner, little more than a frightened animal.

‘I have to sleep in the room with the tv I am hardly ever alowed to eat they say they are to tired to cook sometimes and I feel very hungrey all the time the man says I have to be his foot stool and he puts his feet on my back wen I sed no wons he hit me in the mouth and it was bledeing and it made my tooth wobly.’

He was crying again, and trying not to sob, so he quickly wrote, ‘Please come and get me Daddy. I love you. I will do enething to come home and be with you and Mummy agen I will be good I promis Just please please come and get me. You are the best Daddy in the world.’

The boy already had an envelope. He had been carrying it around in his pocket for days. He took it out and tried to flatten it on his knee. He addressed it in his large, childish letters, folded the letter lovingly, and slipped it into the envelope. Then he licked the gummed edge – it tasted horrible  – and sealed the letter inside.

He went back, stepping over the legs (his heart was pounding in his chest now and his head was swimming) and put the half-a-pen and the pad (he had slipped the wrapper back over it, though it didn’t look quite right) exactly where he had found them. Then, over the monstrous legs again, his whole body trembling.

The door had a strange kind of lock on it. He had watched sneakily how his foster mother put the door on the latch by clicking down a little round button. The boy went to the door now and, standing on his toes, unlocked it. He clicked down the little round button and put the door on the latch so that he could get back in. He opened the door – quietly, quietly – stepped through, and pushed it shut.

The hall was empty. He regarded the rows of closed, unfriendly doors. He walked and then raced to the lift at the end of the hall and pressed the button. While he waited, he peered across at the other tower blocks.

When it came, the doors sliding open with an inhuman clank, the lift smelled of stale urine (as it always did) and there was a cigarette butt still smoking on the floor.

He stepped in and pressed ‘G’ for ‘Ground’.

The lift took forever to get to the bottom, and as soon as the doors opened and let in the hot, bright afternoon, the boy shot out and tore down the road, almost gasping at the freedom: a rush and noise of summer people; a yellow ice lolly, white miniskirts, the mystery of attaché cases, glimpses of sea-blue sky, big red buses slowly sailing through the city traffic; all in the blink and blaze of the sun.

He knew exactly where the pillar box was. He had paid careful attention when he had been out with his foster mother to get things for the ‘house’ that wasn’t a house.

And there it was: the pillar box, glossy-red and reassuring, the object of his obsession. Panting and sticky, his hands shaking so much with adrenaline and exhaustion that he could barely lift them to post it, he raised the envelope to his parched lips, tears blurring his vision, and kissed it. Just before he pushed it into the pillar box, its crisp whiteness against the red, he looked again at the writing on the envelope.

‘He’s sure to come and get me once he sees how neat I’ve written it,’ the boy thought as he dropped the letter inside and turned and ran back to the tower block as fast as he could.

All the way up in the lift, he daydreamed of being back home, his real home; of sitting on his father’s knee, or going about on his shoulders while they both laughed. The happy times before Mummy had hurt herself.

At the bottom of the pillar box, the letter lay. On it was written, in the careful handwriting of a child, ‘To my Daddy’.

***Owen Clayborn is a British-American writer of poetry, full-length fiction, and short stories. His work usually features roguish characters in unusual situations. Owen is currently working on a picaresque novel. Follow Owen on Twitter at: https://twitter.com/claybornwrites ***