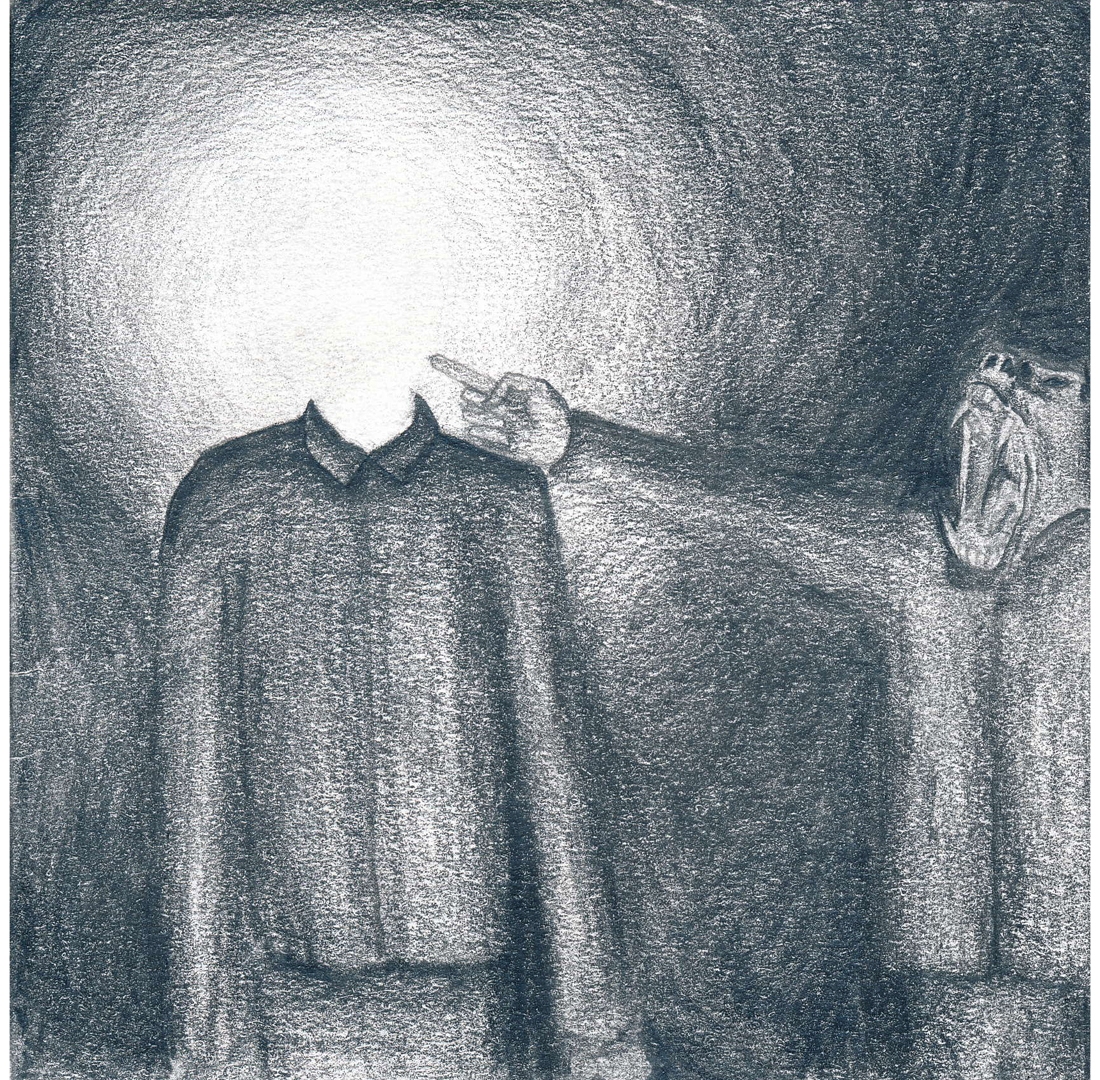 He couldn’t understand the TV.

He could tell it was English words, but they just floated meaninglessly around in his head.

Like something familiar, only he couldn’t quite put a finger on it.

He’d seen the program before, but it didn’t mean shit.

The image blurred out from the screen, colours flowed into the room. Pointing at it, he saw coloured beams of light come from his fingertips, like lasers.

He flicked his hands about like a wizard, firing laser beams round the room from all fingers, then got up and turned off the telly.

The room disintegrated into patterns, black, white and grey swirling patterns and he sat back down.

The sofa was pushed up against a wall and he must have had his face pressed hard against it, or maybe he had pushed the sofa away from the wall with his face. He didn’t know, or couldn’t tell. The wall had gone.

Looking over the back of the sofa into an abyss of mad animated black and white geometric shapes, shouting into it, laughing, his voice echoing back to him.

He lay down and the patterns so crazy, the room had vanished.

Out from the centre of swirling black and white madness, came a giant hand, grabbing just short of his face, as he laughed and fuckin’ laughed. Strange, haunted, screaming faces broke out of the patterns, open mouthed, screaming agony, one after another, moving left to right, and he laughed and laughed at it all.

He stood up, fell down, stood up again, bouncing off the walls, spinning round and round, laughing and laughing.

Hysterical, maniacal laughter like a madman. Only God can laugh like that and it was God laughing through him, in him, out through his mouth, crazy laughter, laughing with God, powerful laughter that knew the meaning of something, everything, which was nothing.

Fuck knows what it was that he knew in those moments, not something he could rightly tell about after in words.

That kind of knowing is lost in the moment and at the same time, known forever.

The rest of the week, he stayed home from work, sitting in a dark room, drinking beer and rum.

When she came home from New York, she saw him on the sofa, spaced-out, unwashed, unshaven, dirty looking, with ashtrays full of spliff ends and empty beer cans all around him, the curtains drawn.

“Oh for fuck sake. I’ve kept you straight for six years, I leave you alone for one week and when I get back, you’re exactly how I found you when we met!”

He smiled an idiot’s grin at her and she laughed shaking her head, sat down and gave him a kiss,

“You’re useless without me. Go and have a bath, you stink of stale rubbish!”

***Rob True was born in London 1971. He left school with no qualifications, dyslexic and mad, in a world he didn’t fit into. He got lost in an abyss, was sectioned twice and spent the best part of a decade on another planet. He returned to earth just in time for the new millennium, found a way to get on in life, married a beautiful girl and lived happily ever after. She taught him how to use paragraphs and punctuation and his writing has been a bit better ever since.***