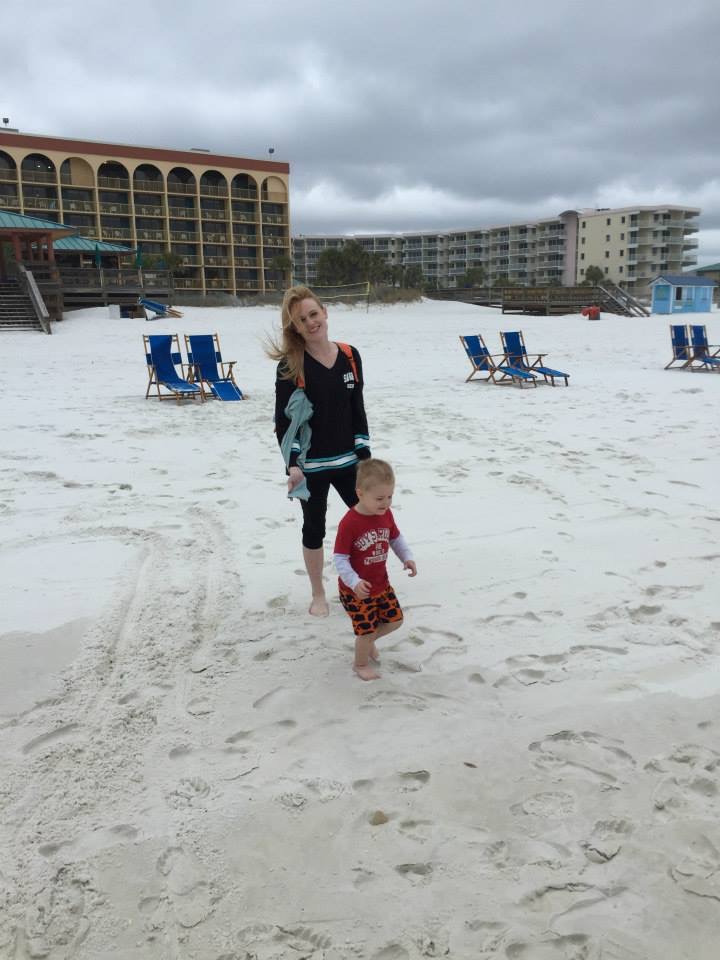 Recently I met a group of women who saw my personal Twitter page (@kellycoody) and balked at my self-description. (This was on the Carnival Cruise where I was a bit too martini-happy).

I say that I’m self-deprecating in that tiny little blurb of a paragraph; they completely lost their shit over it. They said if I was such a “feminist,” then why would I ever describe myself as being “self-deprecating?”

First: My humor is self-deprecating. Because I don’t take myself that seriously. If I want to laugh about how I fell on my face on the way to a meeting, the fact that I look like Buddy the Elf on escalators and moving sidewalks, or talk about my translucent eyebrows, then why does this make me a piece of shit feminist? I’m admitting that I’m human and that I can laugh at myself. Feminism doesn’t only come in one shape or size—in fact, it’s damaging for us as women to expect one another to be carbon copies of each other; and it shows me that we have a skewed image of what we think feminism is. The most damaging thing we can do is openly criticize one another and harbor ill-feelings and jealousy for petty, superficial, competitive and altogether ridiculous reasons.

I have to say, Women’s Month at SLM let me down, man!

That does not mean in any way that I didn’t publish some damn good work and that I haven’t received some submissions that are fantastic reads. It’s just that, again, I got a disappointingly low number of submissions. March is Women’s history month! What the fuck gives? I chose March on purpose.

Next year I will feature Black History Month in February. I’m very excited to host that as it will be the first for us here at SLM; I want to celebrate during February. Because by celebrating and acknowledging challenges, struggles, and daily life as a woman, or as a person with darker than white skin, is how we break down barriers. It’s how we try on each other’s shoes for a moment and see what they see.

I have to do a bit of political commentary here. I have to.

Last week, I saw on TV at a Donald Trump (I HATE TO EVEN TYPE HIS NAME) rally, multiple black people being punched by Trump supporters, manhandled as they were taken out of the rally, and leaving with bloodied faces and noses. IT MADE ME SICK. Why are we condoning this disgusting behavior? Why are we celebrating it? To punch a black man in the face while he walks up the stairs just because you are a racist sack of shit is DISGUSTING. I am ashamed that someone like Donald is gaining power, popularity and a devoted following.

I have to get off the topic before I get really, really upset.

Back at the beginning of February, I got more submissions for April’s theme “Letting Go” than I did for March’s Women’s Month. So, if that tells you anything, which it should, then you would be a bit miffed if you were me too.

I run this magazine because I love it.

I will continue to run this magazine because I love it.

But, understand that I’m only one person over here and I am also taking care of my two children, taking one to cheer-leading practice, making sure the other one pees in the potty and not on the wall, making sure they’re fed and dressed and don’t look homeless, and then making sure that I don’t look homeless too. Ergo, I’ve been much slower to respond to your submissions than I used to be; this doesn’t mean I’ve rejected it, that I’ve not seen it or that I am not getting to it. It’s gotten much busier here at SLM (this is a good thing), but with that comes the opportunity for patience, my friends.

Dr. Jeffrey Toney, who co-authored an op-ed with me that was published in The Hill, Congress Blog, and on HuffPost, has sent me an amazing collection of his 100 word stories, leading me to consider deviating from this month’s theme to publish his work a bit early. The enthusiasm with which he writes, coupled with the fact that in a 100-word story every word counts, these stories are the definition of shattering the mold.

We’re all busy—I know that. But to the writers out there who are afraid they aren’t good enough, who send me sheepish e-mails and then never follow-up, WHY? You write for a reason. All of us have something to say; but if you’re a writer, then you have that passion to put words on paper and make it mean something. So do it. And don’t apologize for it.

I have to thank all of the female writers who did submit to Sick Lit Magazine for this month—you guys nailed it. Mickie, Grace, Kate, Rebecca, Penny, Bibi, Hannah, Prerna, Teresa and Joanne—thank you for showing such a fantastic range of fiction, prose and poetry. Reading your work inspires me to write more, to write with more passion; it inspires me to be better.

Prerna Bakshi is never afraid to put herself COMPLETELY out there; she bares her soul when she writes. She gets harassed almost daily on social media (one fight I got in the middle of; I ended up flustered, going back and forth with some moron, getting all worked up—Prerna had to calm me down), yet she persists. She knows what she has to do and how she has to do it—and she does it with such conviction that it’s inspirational.

It makes me feel so entitled when I whine about not getting enough sleep because I was up with my violently ill child until 3 A.M., before horrendous storms rolled in, knocking out our power for a good chunk of time.

Before I created this web site and the concept for Sick Lit Magazine, my writing got so many rejections that they started to make me laugh. I wanted to start a “rejection wall” because it was so comical.

Last week, I toyed with changing the layout of the web site. But then I took a step back and shook my head. Nope. I am keeping it just the way it is. I don’t want to be like anyone else. I want us to be Sick Lit Magazine. I want us to publish and continue to publish challenging pieces that make our readers think in a way they haven’t had to since they read the book Catch-22.

Reading Rebecca Harrison’s short stories is like stepping into her world; it’s truly confounding how she can create this surreal atmosphere in so few words. If you haven’t read any of her work yet, I will implore you to do so.

And know that we continue to stand for equality in all forms, social justice, human rights and that we extend the invitation to submit to us whenever. To everyone. I may just be “one little girl,” but I’m here to stay. And I’m here to kick some ass. 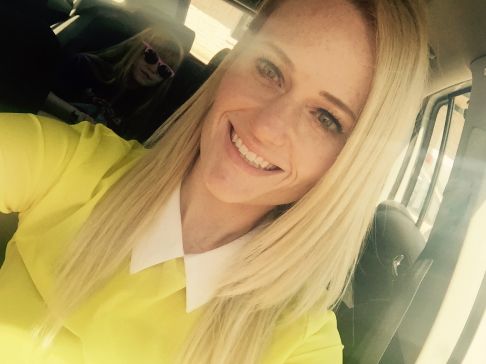 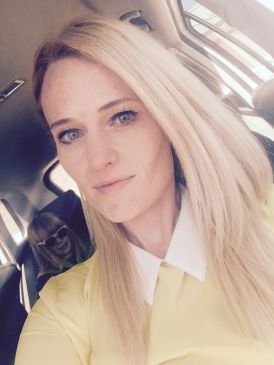 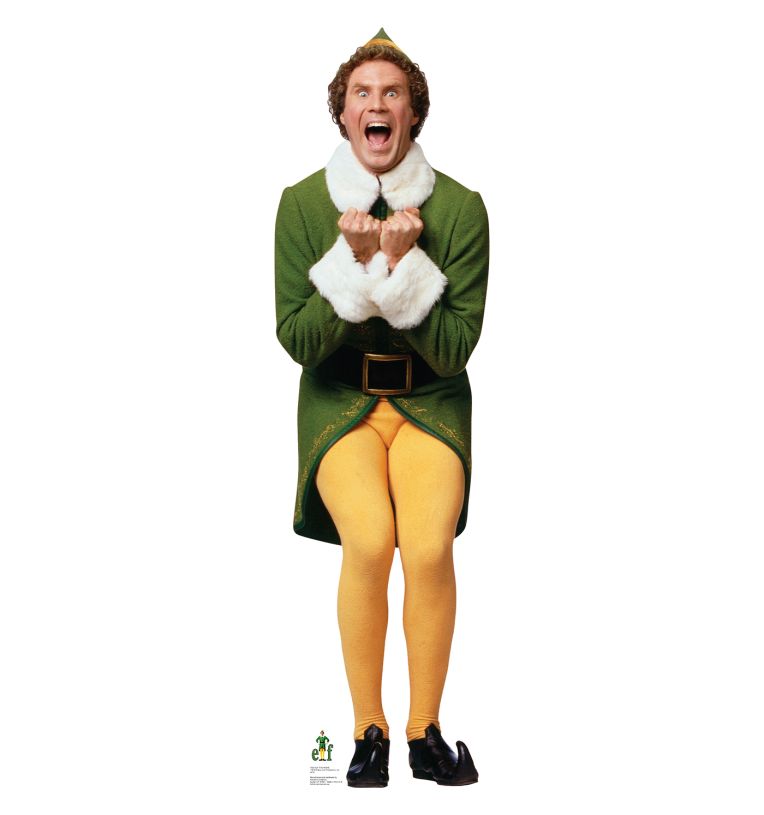