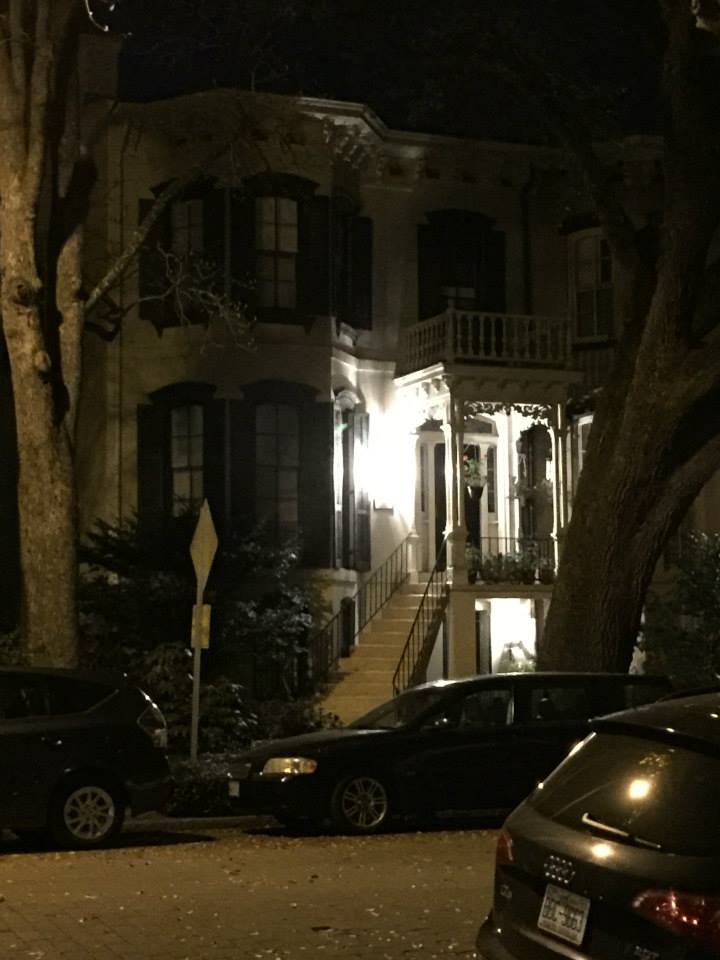 It either is or isn’t midnight and I’m sort of sauntering home in the quiet dark of town, first past his place, but the lights are all out.

He’s either still working or with her.

I know and everybody knows, and everybody knows when it’s me instead. So I keep walking, take some turns, hope it’s just me out roaming tonight, no nefarious creeps. I am drunk. I think, “If he calls me again I won’t answer, I won’t go over. My stock is up right now and there are plenty of other fish in this city’s sea who want to be with me only, and I don’t need to be one of two to anyone.” There, it’s decided.

Suddenly, though my throat swells with the panic of needing and with the pain of wanting, I stumble off the sidewalk and toward this black or blue sedan parked on the curb and vomit on its back passenger door.

“Fuck,” I say, wiping cheap whiskey and hope from my lips.

And isn’t this what got me stuck here in the first place?

I push myself up and off the car, unevenly backing away on my too-high heels to the sidewalk. Making my way down Delaware Ave, I think about him again, choking back more tears and vomit. Not again. And not on a car.

It doesn’t matter anyway. In six months he will either be married, or she will have finally left him. Either way, in six months I’ll be sitting alone in a full movie theatre quietly crying into a large cup, half coke, half whiskey, watching a movie about a couple erasing the painful memories of their relationship from their brains forever, wishing one of them was me.

***Hillary Umland is a writer of fiction and poetic prose currently living in Nebraska. She has been published in Unbroken Journal and Sick Lit Magazine. Follow her on Twitter at @hillaryumlaut if you like Top Chef and pizza. ***

2 Replies to “Either Or – by HILLARY UMLAND”