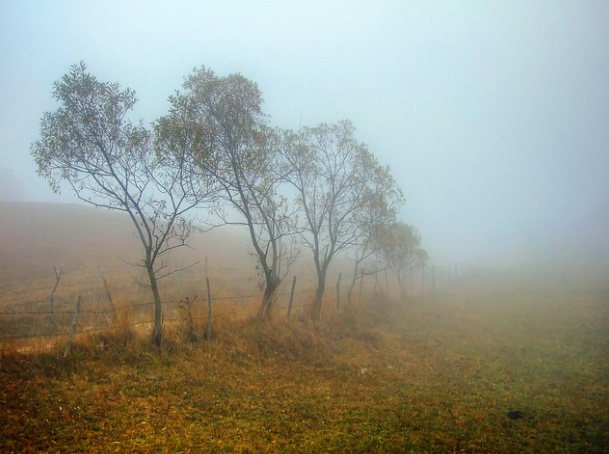 “What if I’d found the body?

“Instead of me, it was Dougie – poor old sod. He had a client who wanted an early viewing so he went into the office around seven. What a gruesome surprise awaited him.

“Hanging is a selfish way to kill yourself. It’s very unfair on the person who finds you. Dougie’s hardly slept since. He’s in total shock: cold sweats, flashbacks, nightmares, the whole works.

“I suppose it could have been worse. I mean, if you blow your brains out or slit your wrists, the blood and gore must make it even harder for the person who finds you to forget what they saw. But even if you self-inflict a less gruesome end to your life – pills and booze, jumping off a bridge – some poor soul has to find you. It’s not fair to expect a professional rescue worker to pull your body out of the water or untie the noose; and it’s a truly ghastly experience to inflict on a colleague who ate lunch with you the day before.

“But, no, Danny, you had to hang yourself didn’t you. What an egotistical bastard.

“I was second on the scene.

“It was a close call – I’m usually first in the office. Dougie had taken down your body to see if he could resuscitate you. Then he’d panicked: what if the police were upset that he’d disturbed the crime scene? I told him not to worry, it was a reasonable reaction. And, in any case, it wasn’t a crime scene; it was a suicide scene.

“I was lucky I didn’t have to see your ugly, contorted face and bulging eyes; that’s not the last image anyone wants of their brother. Dougie had covered you with a towel from the WC. He is always so considerate.

“I did get to read your suicide note, though. While we waited for the emergency services to arrive, Dougie brewed tea – hot, sweet, builders’ tea, of course – and I read the deceased’s last words.

“Obviously no-one is in a good frame of mind when they’re about to kill themselves, but you could have made more effort to ensure your final message to the world was memorable. It wasn’t. It was a long, incoherent rant, full of poor grammar (Dad and me never spent any quality time together), split infinitives (I wanted to really throttle my brother) and typos (my bosses monumental lack of respect). You typed it so why didn’t you use a spell checker?

“You told your life story, and what an event-filled saga it was. I can’t believe one man could have so many problems. And were any of these problems your own fault? Of course not. You spent pages explaining why your misfortunes were down to other people: your mother (for dying too soon), your father (for abandoning you when he found a new woman), your friend Nigel (for moving to Bangkok), your boss (who never let you have all the overtime you needed to pay off your debts or enough leave to ease your stress) and finally – of course – your brother (who never listened or helped you out). It was not at all rational or logical.

“And it was certainly not accurate. For a start, I did listen (endlessly!), and I did help you out – I got you a job in the estate agent after all. And how did you repay me – by hanging yourself where you knew I’d be the one most likely to find you.

“What else can I say to you? Danny, you had a head start in life – you were older, got better grades at school and went to a better university than me. Although you never married, you had a reasonable career. If only you hadn’t started drinking…

“I was the one who needed sympathy. You didn’t look out for me when Mum left. And what help did you give me through my two failed marriages, my daughter’s mental health problems and my short, stress-filled battle with testicular cancer? No help whatsoever.

“What have I got to look forward to? A life with two sponging ex-wives, a kid with special needs and a single bollock is not what most men aspire to. I get depressed too, thinking of what might have been – of course I do – but I don’t top myself like a coward.

“You gave me no chance to reply. Your suicide note said it all and that was the definitive word on the subject of Danny and his life and who ruined it. When it was read out at the inquest everyone stared at me, glaring daggers at the brother who never listened and never helped. If I’d done more, you’d still be alive – that was the implication. I blushed and the hairs stood up on the back of my neck. I’ve never been so humiliated.

“Ever since that day, I’ve been thinking about how I can reply to you, how I can get you back for all you’ve done to me. And I guess this is it.

“I can see by the faces of some of you in the front pew that this wasn’t the sort of eulogy you were expecting from the deceased’s brother. Well, I’m sorry; I’m just telling it like it is.”

I like the rest of the speech but should I mention the people at the front of the church? Maybe it would be more powerful if I didn’t acknowledge their discomfort and let their anguished expressions and sideways glances go unnoticed.

I need to make up my mind; the funeral service starts in ten minutes. Finishing my speech is a stress – one last thing you’ve tormented me with.

I should explain to everyone how you’ve made my life even more of a misery than it was. It’s me they need to feel sorry for.

Yes, I’ll tell them everything, as it’s written here. I’ll let them know the truth about what you were really like – you selfish bastard.

PJ is a British writer and environmentalist living in Switzerland. He sees the Alps every day but misses the Cairngorms. He indulges his passion for creative writing whenever he can, breaking free from the constraints at work to let his mind and prose wander unhindered wherever they want to go. He has had several short stories published, more recent works appearing in Writers’ Forum Magazine, Flash Fiction Magazine, Henshaw Press, Short-Story.me and the summer 2015 magazine anthology Murder in the Sun (Select).  Follow him @Tweeting_Writer.