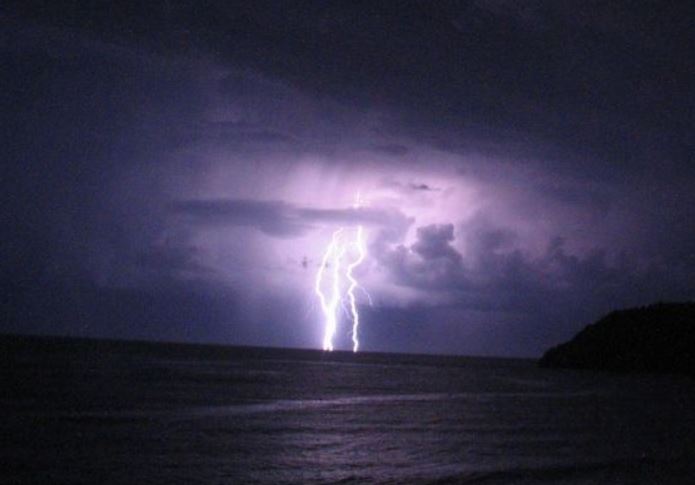 “It’s Porpoise actually,” said the rather angry looking whale thing. “And no, I am not a Dolphin,” his dark eyes sharp as daggers.

“Oh I do beg your pardon,” replied the brown Hare. He swallowed. “It’s just that you’re not down on the list.”

The First Mate wiped his brow with his paw. He hated this job, but having lost in a game of gin rummy to the bosun, he had no choice. After all a bet’s a bet.

“Please wait there Sir, behind the rope, while I’ll see if I can find them.”

The Porpoise huffed. “I’m not going anywhere,” he muttered.

The Hare raced off to the stern of the ship in search of his captain.

“Captain, Sir, sorry to disturb you, but we have a problem with someone insisting they should cross the gangplank.”

A slender figure wearing long black boots, turned towards him and smiled.

The Porpoise’s eyes widened on seeing the elegant black Cat striding towards him. A sharp sword hung from its belt, glinting like a ray of sunshine.

“What seems to be the matter?” the Captain asked.

“Well, your Master Hare there, can’t find me on the list. Asked me what my purpose is. As I’ve already told him, I’m a Porpoise not a purpose.”

“I can see that, Sir. You are a fine looking specimen.” The Cat raised its hat and bowed. “But I’m afraid, Master Hare’s question still requires an answer – what is your purpose?”

The mammal puffed out its grey cheeks.

“Well I don’t see that it’s any of his or your business.”

“The thing is Master Porpoise, everyday we get all sorts of creatures rolling up here unannounced, claiming they have the right to come aboard, and pointing accusing paws and claws at the list. What they fail to realise is that the Ark cannot carry everyone. It is my job as its captain to select the right candidates. Mistakes, you understand, can prove rather costly.

And so, Master Porpoise, I must ask you once again what is your purpose? Every creature has one, though they may not know it. It may be something as simple as the capacity for kindness or as trivial as the capacity to irritate. Provide me with the evidence of your claim, and I will gladly let you on board my vessel.”

The disgruntled Porpoise sighed and looked up at the sky. The dark clouds that chased him here now seemed to be hovering over him. His gaze fell upon the feline captain and for the first time since they met he realised how beautiful she really was. Her green eyes danced with mischief igniting something deep inside of him. Had he been sleepwalking through his life until this moment?

He thought about his old friend the Owl, who had fallen madly in love with a Pussycat. Told the Porpoise it was the best thing that ever happened to him. Many of the Owl’s friends criticised him for wanting to follow his avian heart. Said it was against Mother Nature for different species to consort together.

The Owl took it all in his stride. He smiled at them ignoring the jibes, for Mother Nature had already given the pair her blessing. One night the Porpoise escorted them out into the deep blue sea and watched them sail far far away. In a strange exotic land, they found a Pig with a ring and a Turkey keen to marry them.

Now and again, the Owl sends the Porpoise a postcard usually decorated with pictures of funny looking trees called Bing or is it Bong? His old friend enjoys speaking in riddles. Always mentions something to do with the God of love and his arrows. Perhaps, wondered the Porpoise, this is what the Owl meant when he wrote of Cupid thrusting an arrow into his heart seconds after he first saw his darling Pussycat.

When the Porpoise next opened his mouth, words he did not expect escaped. “You Captain, are my purpose.”

“Me, Sir?” The Captain tilted her head back and giggled. “That is the best answer I’ve heard in a long while.”

She frowned and stroked her long black whiskers. “Tell me Master Porpoise, why should I choose to be shackled to another being? I travel wherever the fair winds guide, I need no one else’s permission.”

The mammal scratched his chin and nodded. “This is true Captain, but every once and awhile the charms of solitude lose their lustre. You cannot deny that there have been moments when you wished you had someone by your side other than Master Hare, to share the full moon’s kisses shimmering on the ocean. Even one so beautiful and as accomplished as you have witnessed how lonely life can be.”

“But you forget Sir, being with another does not mean you cannot be lonely too.”

“Indeed Captain, but that occurs when the one, fails to understand the other. I have no intention of changing you, to stop you being the Captain of the Ark, for it is your purpose. Mine comes directly from the God of Love, Cupid. He has chosen me to love you forever. It is a task I accept without hesitation.”

“Master Porpoise, if you come aboard I will hold you to your word. If you fail to abide by your purpose I will have no qualms in setting you afloat in one of our lifeboats. There is always someone waiting on the shore ready to embark.”

The Porpoise did not answer. Instead he smiled for the first time revealing a handsome face. His tough skin somehow looked softer. A glint appeared in his eye.

The satisfied Captain nodded. She licked a paw, raising it in the air. Her green eyes scanned the sky above.

“Master Hare, allow Master Porpoise to cross the gangplank, then set sail as soon as he is on board, for the rain is on its way.”

Bibi Hamblin is a Londoner, who can usually be found adding and subtracting words to create short stories, flash fiction and her first novel. Her writing can be read at Zeroflash, Visual Verse, Fable Online and at her blog: https://tuppybee.wordpress.com

One Reply to “Porpoise or Purpose? – by Bibi Hamblin”