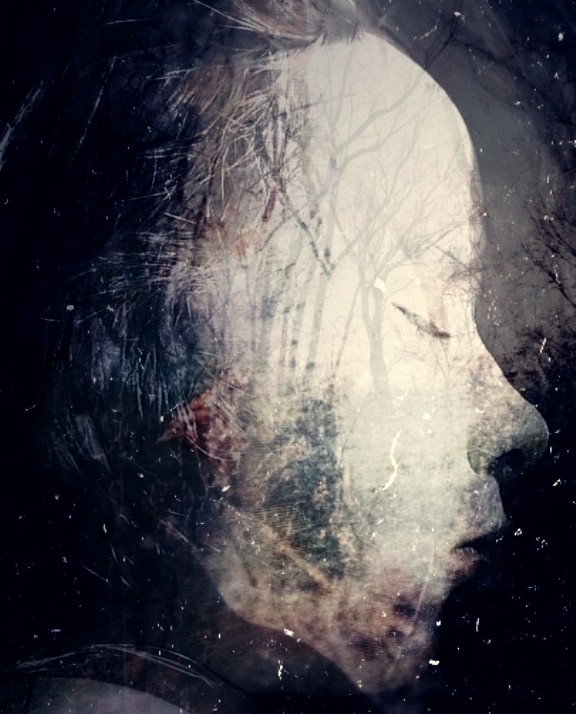 Pastor Bob Schwarz of Alexandria, Louisiana was a God-fearing, big-hearted fellow. Definitely, a man you could trust, whom you could put your money on. He had arrived to serve the Lord two years previously after the resident Pastor had met with a bizarre accident. Reverend Fogerty had not been a popular man, his liberal views were piss in the wind for Alexandrian folk and his cause of death, a throttling incident with a snakehead whip was secretly thought of as rather outlandish. Men of the cloth were supposed to die dryly, quietly and without fuss.

Pastor Bob knew everybody in his congregation by name. He could even give you your daughter’s dress size if you asked.  Bob knew everybody in his street, devout and heathen, and was amicable to both sides of the evangelical fence. He was a raw-boned, hard-edged man, and if you didn’t know he was a Pastor you might think he’d handle himself well in a fight down at Miss Louisa’s on a Saturday night, trading fists with biker boys and heavy-knuckled trashcans in the blackened alley behind the bar, as the moon soaked up the blood from the concrete floor.

Bob had a voice that was like grain, smooth-smashed by a Nebraskan wind. It reached the nooks and hollows of a person and made for wonderful listening. His sermons were always short and to the point and his flock were grateful that he didn’t witter on, even though his subject matter often dwelled on Bathsheba, Delilah and Lot, women of wicked natures and great sins. But the way he told it, well, those whores deserved everything that came to them.

Yes. Pastor Bob was a very popular man and shepherd of his flock. Always first with the homemade brownies for a bereaved parishioner or working down the soup kitchens on the weekend even with his poor wife, Belle, being so disabled and never seen without a heavy black veil over her face. Nobody ever liked to ask about her after Regina Chaisson had inquired tipsily at a Parish fundraiser if Mrs. Schwartz would be attending Church in the near future. The Pastor had coloured like a flame bug in the sun’s eye and become so silent it was painful.

Only one person in the whole parish didn’t buy the whole ‘Pastor Bob, good ole boy’ notion and that was Gracie Watts.  Gracie was a strange looking child, who lived with her parents on Southswitch Bend, gravel spattered enclave of plain and embarrassed looking houses. The folks that lived in Southswitch were liberal thinkers, only in so much as pretending that they didn’t really mind their snow-white children sitting next to the black ones at school. A play date would be out of the question, of course, but they felt smug about their progressive ways.

Gracie was twelve and looked young for her age, her hair blew out about her head in skinny, alabaster strands and her eyes were a curious shade of teak and diesel.

But Gracie’s gaze could penetrate even the thickest skin with a knowing beyond her years because she could see the sin in people, and had done since she hit her head on a crooked, dust-pink stone that cursed her scalp with blood and her heart with a gift, as sharp and painful as Creeping Juniper.

Her parents were conservative sorts with a moderate real estate business on the banks of the Red River and suspicious of anything fey, so Gracie kept her experiences to herself.

She knew that bad people who had done bad things were smudged at the edges like spoiled fruit. That the blood in their veins was black, not red, and stood out from their awkward skins like branches in twilight. Old Man Maybury from the Two Cents store beat his wife and kicked his dog. Gracie knew this because she could see the sin etched on his heart.

Miss Regina kissed men who were not her husband and spent hours at the Super 8 Motel, off Route 49, sweating and hollering like a Mulefoot pig being dragged to the County Fair.

But the worst of them all was Pastor Bob, and when Gracie saw him for the first time her blood dropped two degrees and she fainted into her father’s arms.

Pastor Bob’s sins were not carved on his heart because they were beyond counting. No, his were inked onto his skin by some fiendish hand and at Church Gracie found she had to lower her eyes at all times to avoid his greasy eyes and the taste of vomit that made her mouth twitch.

Once she had followed him after the service had ended, past the Hall and into the graveyard. There Gracie watched the Pastor pace up and down, his fists clenching in and out muttering foul and terrible things about women in the Congregation and other’s that she didn’t know. His eyes raged and a demented froth had formed at the side of his mouth as he spat their names and pulled at his hair.

Gracie had been so frightened that she had held her breath until her chest ached. But a large stone, disturbed by the vibrations in the earth, dislodged beneath her shaking feet and had rolled languidly towards the crazed man, hitting every bottle and concrete slab in its path.

Pastor Bob had looked up and seen Gracie standing there, trembling like a Spike rush in November, and moved in so quickly and closely that Gracie could smell the sweet, consecrated wine that laced his breath. His eyes were almost dead – just a small, mocking flare remained and Gracie knew that if God gave her another chance she would never follow Pastor Bob again or pray for him at night. She would never even think of him.

Pastor Bob Schwartz had dedicated his life to Jesus eight years previously. Before that, he had been known as Robert Black, or the Sewing Kit Killer by the media, because he had stitched up his victim’s mouth and eyes. There was no profound psychological reason for this; he just experienced a deep joy watching women suffer. He had terrorized the women of the Deep South for a decade before finding God after a near miss with a persistent Texas Ranger, whose body now fertilized a cornfield just outside Round Top.

Only his wife Belle knew about his past and she was incapable of telling anyone, being both blind and dumb. Belle was Robert Black’s eleventh victim, and his last. The one he kept alive because a man is entitled to something to keep him warm at night and, surely Jesus would allow him a small trophy of his colourful past? Something to remind him of his more boisterous, bloody days when he had ruled the South like a demon king.

And Pastor Bob would smile and wave at a passing parishioner, mouthing ‘God Bless’ at them while his ‘wife’, bound and mute, screamed silently from her wheelchair in the corner of the dust-free parlor. 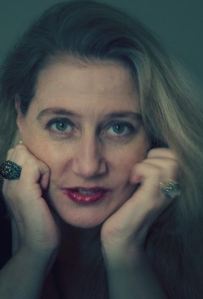 Tabatha Stirling is a writer and poet living in Edinburgh, Scotland with her husband, two elven children and a depressed Beagle, called The Beagle. Her publishing credits include Spelk fiction, Camroc Fiction Press , Literary Orphans, Mslexia, Feminine Collective and Twisted Sister.  Tabatha is also a member of the Society of Authors.

She recently signed with Unbound, the literary crowdfunding publisher, for her book, Blood On The Banana Leaf,  about maid abuse in Singapore and how women cope in the most brutal of circumstances.

When Tabby is not writing or designing she is studying for her MLitt in Creative Writing at Glasgow University, designing book covers, gaming or watching dark, blood-splattered dramas like the Walking Dead, Ray Donavon and Sons of Anarchy.  She is absolutely ready for a zombie apocalypse.