Far from all forms of charity,

I am the prophet, the retired apostle

of faith in myself.

sunk in the quicksands of language.

They believe in the melodies I babble

We witness the paradigms of a century fall

while celebrating a Wimbledon match,

a joy much greater than revolving revolutions.

Walking in a Limbo of Words

the lighthouse of the indefinite

My country: a poem under an illegal shade.

A sun full of cameras rides

who claim what is rightfully theirs.

I lead the echoes of my flight

to a heart masked

I found a dream, that I could speak to.

A dream that I can call my own

At last… I touch your lips

with my revolutionary blood

and leave my confession

on your cinnamon eyes. 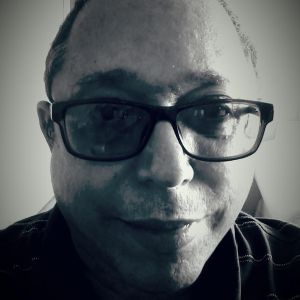 Sergio A. Ortiz is a gay Puerto Rican poet and the founding editor of Undertow Tanka Review. He is a two time Pushcart nominee, a four time Best of the Web nominee, and a 2016 Best of the Net nominee. His poems have been published in hundreds Journals and Anthologies. He is currently working on his first full length collection of poems, Elephant Graveyard.