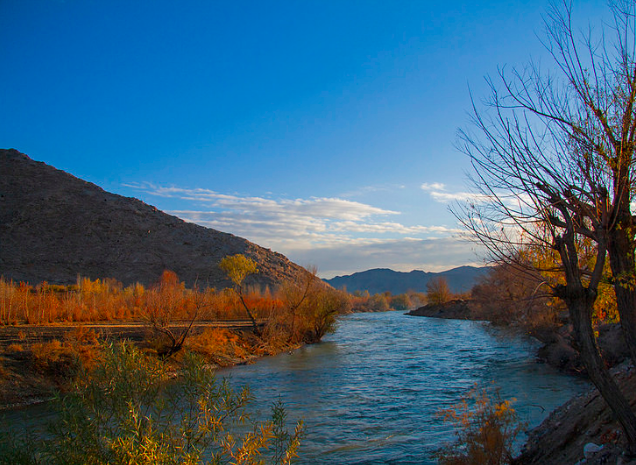 What do I remember about that day? That I was closer to God? That I was good? That I did what any good daughter would do? I was so preoccupied with my trip to the Adirondacks that I didn’t notice how pale my father was, sitting in the kitchen, rubbing his stomach and sighing; or how my mother, sprawled out on the couch, cursed the new chiropractor she visited that morning, whose experimental treatment of herniated discs left her lifeless and unable to move. I borrowed their folding chair so I would have something to sit on around the camp fire, and marched down Shore Parkway, thinking how it’s still warm, and yet it gets dark so early. I came home, undressed, about to watch a movie and eat macaroons, my regular life of pleasure, when my mother called and said Dad was not feeling well, and we should go to the hospital. I got dressed and went out into the night in my sensible slippers, armed with a phone charger and a book, ready for an all-nighter at the emergency room. I waited in my parents’ living room as Dad, naked and scared, clutched his stomach in agony, trying to see if Percocet would work, while my mother yelled from the bedroom, she herself broken and hysterical, asking how Dad was feeling on a scale from 1 to 10, supposing a million things – infection, ruptured bladder, broken kidney. I ran from one room to another, from mother to father, dispatching reports of pain, like telegrams of weddings and deaths.

We arrived at Maimonides Hospital at around 10pm. The inside of the emergency room resembled Grand Central Station during rush hour. Gurneys rolled in from the street and traveled to various examination rooms with the regularity of scheduled trains. The auditorium-like room kept the sick prepped up in rows of reclining beds – grandmothers who didn’t know if they had fallen or were robbed, gunshot victims, trauma patients, alcoholics throwing up into hand-basins, janitors sweeping the halls, policemen, paramedics, doctors and nurses.

“My dad has a neobladder,” I explained to the emergency room administrator who asked me what his complaint was. “He had his bladder removed seven years ago when he was diagnosed with cancer of the bladder…the doctors made a fake bladder out of his intestine…he is having severe stomach pains now…” As I tried to divulge deeper into my father’s medical history, the administrator furrowed her eyebrows and asked to see his insurance card. I sensed I lost her at the word neobladder.

From then on it was hours and hours of waiting; of needles, pills and charts; the cute male nurse Igor with a Bernie Sanders button checking my father’s blood pressure; the soft-spoken attending doctor, Dr. Jonathan, sending our gurney on a pilgrimage to the X-ray room, the CAT scan room; my mother calling to find out if there was any news, while Dad tossed and turned in excruciating pain, moaning loudly. Sporadically, Dr. Jonathan returned to reassure us someone from Urology would be coming down soon. He repeated the same message to the patient in the next bed over – a man in his early 40s, bald, skeletal, with huge eyes like children in the Margaret Keane paintings.

“How long have you been waiting?” he asked me, full of sympathy.

“I don’t know…Forever!” I exclaimed on the verge of tears, holding my father’s hand.

“Yeah, sometimes it takes all night for the specialist to show up,” he echoed from inside the spider web of IVs, with the composure of a regular.

“This is my first time in the emergency room,” I confided. “Usually my mom goes, but she wasn’t feeling well, so I had to step in.”

He introduced himself as a healer and a guru. The older man with a gray ponytail sitting at his bedside was his friend, Silent John. He said he had worked with Dalai Lama, but I wasn’t sure if he meant himself, or Silent John. I was too tired to clarify.

As my father started thrashing about, William unplugged his IVs and got out of bed.

“I’d like to try and help,” he looked at my father, inquisitively. “May I?”

My father, a cynical man who made fun of fortune tellers and quacks, blinked in exhausted surrender. William positioned himself next to him in some kind of a warrior-yogi stand, placed his hands above his stomach, closed his eyes and began to chant. He looked like a magician about to extract doves from my father’s stomach. Abracadabra, I thought I heard him sing.

“Your father’s pain mimics contractions during childbirth,” he declared.

When the séance was over, I leaned over my father and whispered, “Daddy? Daddy, how do you feel? Do you feel any better?”

“No!” my father opened his eyes. “Of course not,” he snapped.

When the doctor from Urology finally appeared, I was slumped across my father’s feet at the edge of his bed, clenching The Explorer’s Guide to the Adirondacks. The doctor asked me to step outside, rolled the curtain around my father’s bed for privacy, examined him, put a catheter in to empty his bladder, ordered a new anti-biotic, and came out.

“Your father will be fine,” he announced. “The X-rays look good; there is no real damage to the neobladder. It’s just a minor infection. We’ll keep him here for observation for a few days, but I am not worried.” I wanted to kiss him. Overjoyed, I ran outside to call my mother.

When I came back, my father was sleeping, his mouth peacefully agape.

William was sitting up in bed with two canisters of red liquid on one side, and a blood transfusion in full swing on the other. Silent John was holding up his IV.

In a good mood, I made a joke, “I see you’ve surrounded yourself with fruit punch!”

William rolled with laughter. “It’s not fruit punch. It’s blood. I pee in here,” he pointed to the two full containers. “And from here,” he touched the blood bag hanging above him, “I get new blood. The way I see it – it’s cleansing at its best,” he smiled, like someone who won the lottery.

It finally dawned on me that William had cancer of the bladder, that’s why they grouped us together in the Urology-Oncology section. “I am sorry,” I stammered.

“Did you know – emergency room is the only place where you can get a blood transfusion?

“I don’t have a neobladder like your Dad,” he continued. “The doctors say it’s the only cure but…I don’t want them to cut out my bladder. I can cure it. The body knows how to heal itself.”

Stunned, I asked, “Well…how long have you had this affliction?”

“What affliction?” he said. “Oh, you mean this opportunity.”

I stared at him in wonderment…William, a healer and a guru…William, with two huge eyes and two canisters of blood-filled urine…William emaciated by disease…Sweet William, the wild purple flower with a white base. “Right,” I nodded, “this opportunity.”

It was around 7am when my father was admitted into the hospital for observation and my brother was on his way to replace me. William’s blood transfusion was complete. We walked out of the hospital together – me, William with his new blood tingling inside, and Silent John. It was still summer. We took a cab that was standing outside. We watched the sun come up over Caesar’s Bay, where it turned out we both grew up. We said goodbye in front of my building. I went to sleep, thinking that I need to bring the folding chair back to my parents’ house.

It must have been three months later when I finally made it to the Adirondacks. I was climbing towards the summit of Wright Peak in the pouring rain, exhausted and almost delirious, when I thought about my troubled relationships, my history of heartbreaks, and I asked myself – well, how long have you had this problem, how long have you had this affliction? And for the first time in all of my thirty-something years, the answer came instantly in beautiful bursts of light – what affliction? you mean this opportunity. 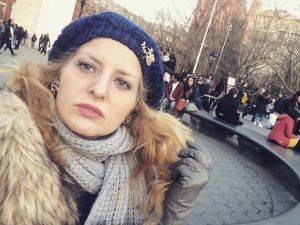 Marina Rubin’s work had appeared in over eighty magazines and anthologies including Asheville Poetry Review, Dos Passos, 5AM, Nano Fiction, Coal City, The Worcester Review, etc. She is an editor of Mudfish, and a 2013 recipient of the COJECO Blueprint Fellowship. She is the author of the critically acclaimed flash fiction collection Stealing Cherries.