“Are you feeling OK?” he asked as I pulled open the passenger door with uncoordinated force. He adjusted his sunglasses in the rear view mirror without bothering to look me in the face. “Because if you’re sick in my car I will never give you a lift again.”

I put a steadying hand on the hot metal roof and eased myself inside his Mini.  The shock of  the heat from the burning leather made my hips jolt upwards and I pulled at my mini skirt as if tugging would  reveal more cloth like a conjuring trick.  I looked down. One of my knees was grazed. No idea why. Bright red freckles of blood were patchworked with grey gravel.  I crossed my legs, hoping he wouldn’t notice.

I needed absolute stillness. A flat, straight Roman road of a journey between Tess’s house and home. No corners, no bumps, no stops, no starts. Instead my brother drove worse than usual, alternately pumping brake and accelerator, like he was operating an old loom rather than a piece of modern engineering. Did he do it on purpose? Maybe.

The morning sun didn’t help.  It was playing hide and seek in the trees, first blinding me and then  disappearing behind branches, leaving my eyes full of white fire, unable to focus.  The pain in my head got worse at the traffic lights as red merged with orange, merged with green in a blurred wheel of primary and secondary colours.

I longed to put my head in my hands but was scared of what bending forward might initiate.

It was my own fault. He had warned me not to mix my drinks. 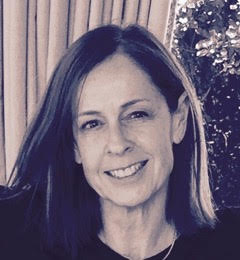 ***This is the third piece of writing that Penny Barratt has had published that isn’t a feature or a news story, making her a regular contributor to Sick Lit Magazine. Penny Barratt spent 20 years as a business journalist and publisher.  Earlier this year she vowed to attend fewer writing classes, write more, get a lot of rejections and finish at a least one of her three novels. Three out of four achieved so far with particular success at number three. Her work has appeared online at Visual Verse and Writing Magazine.***