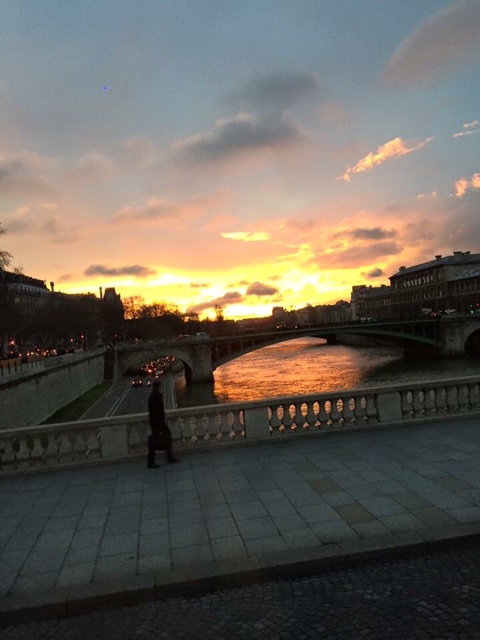 “the truth is nothing more

than a puddle of clear water

The truth in drought, once rife with succulent

tongues, now dumb, yet not without meaning beneath diffident

gerunds, a confession so different

from ones to gods of rain, nimble and translucent

An inebriated sky, asphyxiated of its vapor and

even now, I do not dance for the rain as appeasement.

From above, a lone, valiant cumulus, worn out from

Distance like an ostomy releasing its injury; a downward sigh,

the cloudburst’s preponderant relief anoints me like a kingly oil.

On our wavelength of light, crestfallen,

My king humbles himself in our queen-sized bed,

The warmth of the flicker off his skin

Tests my thighs for a response

He doesn’t know he called for:

My heart steps to the side

To make room, my love.

Tucked behind snow-stuffed skies of March, up

To the crescent moon trumpeting for an old friend.

My rib cage is driftwood to straddle;

Secure from the irresistible surge of

Blood, from many waves of blue

My love is safe with me.

Supplements my book before bed.

My crow’s feet and all

my years have elapsed in young orbits.

As I head on, the segmented rubber neck on the northbound side

beeps and lays on distress signals,

about to take a nose dive

southbound towards the detour.

The car’s cabin is tentative—

a flushed face. Salty back windshield,

while I still feel the wheel, a slippery grip on a phantom first lover’s form,

a scintillating side line. Surrender to forgetting

Laws of motion run backward with license and restriction:

So worn out, so tired,

what lies immediately ahead is relegated to the periphery.

Silhouettes on the roadway?

I plow through them all,

under the old and over the new,

tantamount to trampling down

I Spar by Myself

(originally appeared in Verse Magazine in May 2014)

All humans live in air, not on ground.

Formed from soil, float around.

No drying, no crying.

All humans glide together.

Pulled towards one another.

If one goes home=the other goes home,

Then both are home.

If one goes out=the other goes out,

Then both are out.

…then the other is separate.

The one cannot flow into the other.

The other will always be dry.

when the wine spills across the table.  Spills always cry.  Vases are dry.

Thus, one can never assume that the other thinks or talks about him as much…

…because he doesn’t.  For, every single mention of A is equal to the half-mention of B.  If your name starts with T, he’ll only cross the smallest one when balancing his checkbook.

Meanwhile, the one is dreaming about the other every single night, and he clamors

for sleep.  As a result, one must learn to deal with the newly-acquired

irrelevance.  How to be irrelevant…without crying.

Smiling while dialing the morgue. 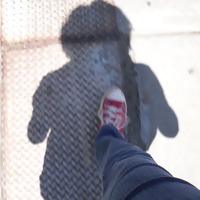 Sarah Kersey is a poet and musician from New Jersey.  Her work has appeared in Yellow Chair Review, Squawk Back, The Harpoon Review, Verse Magazine, and other publications.  She will soon be an x-ray technologist.  Sarah’s personal blog can be found at rest-harrow.tumblr.com