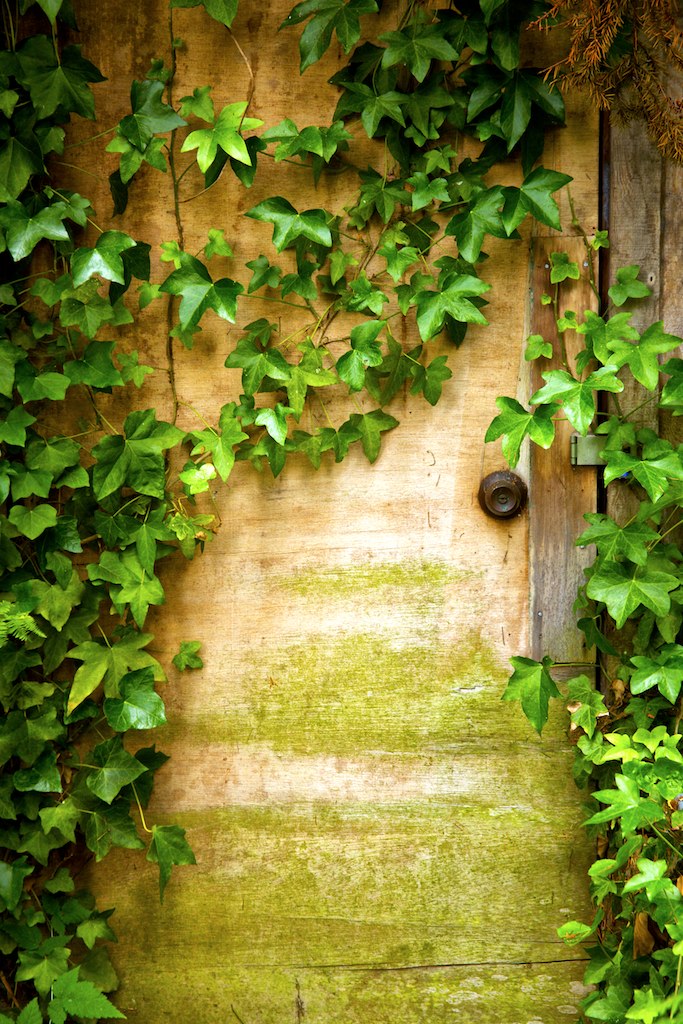 It had still been dark when we were called.  It wasn’t a pajama run; I was dressed, but still slept a few miles in the car.  There were no cousins for me to play with this time.  We lived closest, most available for urgency, first on the scene.

I couldn’t wait on the big porch, too much winter for that now.  I missed the wooden swing, missed the creaking and mesmerizing motion of the thing.  Last summer we rode, four cousins abreast in that swing for hours of false alarm.  My oldest cousin told of broken swing chains and loose eye bolts that, in some parallel child universe sent chubby pink tots, not unlike myself, sailing in full pendulant moment, sailing loose in the air before finding the steel spikes of the wrought iron fence well below porch level.

A lucky one missed the fence to be crucified in the mock orange bush.  She was saved, as the tale went, by an uncle by marriage, and only had her eyes gouged out by thorns for her trouble.  We cousins loved that swing, relished the idea of it and I longed for the day I could be the oldest cousin and tell the tale, with improvements.

Now, it was winter and I waited in stale stifle too near the gas logs in the parlor.  When there was a full complement of cousins the parlor was off limits, too many fragile memories to be exposed to rough usage of youth. One was an acceptable number though.  I sat on my hands avoiding the sensuous feel of Dresden figurines and the other flotsam of irreplaceable family history.

There was, almost lost in the repeating pattern of pink roses, a painting, a woodcut really.  Japanese, I suppose today, assuming the future role of older cousin.  Blue ink and black, with a touch of red in the eye of a rampant, distant sea risen dragon, an icon of the storm in the foreground.  The real hero of the drawing was the wave about to crash down on a frail boat.  There could be no possible reprieve from that wave.  It was a wave of inevitability.  I watched the wave until I could hear a phantom wind, smell spectral salt and rotting squid.  I watched the wave until…

” Your Grandmother has passed on.”  The words woke me.

“Do you understand? Your Grandmother is dead.”

Of course I understood.  Death.   It’s why we came here isn’t it?

A recent photo of Ray Busler is unavailable and will remain so until certain statutes of limitation are past. Interested parties may Google Wilford Brimley and be assured of a close match. Busler is an autodidact who blames his teacher for his many shortcomings. His theory of writing is to never try to re-invent the wheel or discover fire and he seems content to drag along from sentence to sentence hoping for a spark.  Ray Busler lives in Trussville, Alabama with his artist wife of 40 years.