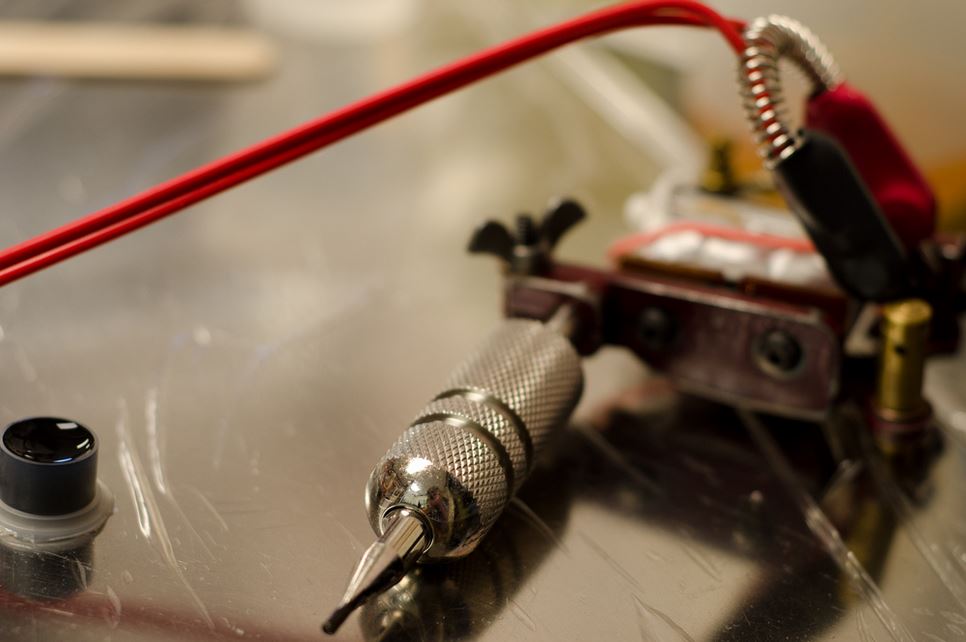 She has ink in a place no one’s ever seen. Not obscene. Unusual. She shows it to her newish boyfriend, a by-the-way statement she makes between pulls on a beer.

He takes a long hard look, doesn’t say much. She can tell by his eyes, the way they burn into that part of her that he’s thinking of it, that it’s gotten inside him. He asks to see it after the news, and again before he brushes his teeth, and just before sex.

He takes Polaroids. She has to twist her body, to manipulate her limbs in a way that would make a yogini shudder. She holds her breath till he grabs a shot. It feels a little weird, a little too exposed, but he’s pleased and the stretching does her good.

The ink says NO REGRETS in solid black letters. On the Polaroids, though, no matter how close he gets or how good the lighting, the word NO never shows up. Just REGRETS. Bold against her pale skin, sprinkled with freckles like pepper on angel hair.

“Everyone regrets something,” he says.

“Not me. Or maybe I regret everything. I dieted too much, took too many pills, cared too little, talked when I should have listened. I didn’t say thanks.”

He kisses the creased part of her forehead that sorrow has etched. “There’s no such thing as half-past gratitude.”

Her eyes fall on a wilted, mostly brown plant in a corner of the room. “My father’s in the ground,” she says. “I never told him how good it felt when he yelled at the kids that teased me, how comforting his promise that someday I’ll find love.”

She decides to get rid of the ink. “Easy,” the doctor says. He zaps it with a laser. She feels like she’s being deep-fried but she grits her teeth and stifles a cry. Her skin erupts in angry blisters that recoil when they meet fabric, so she lays low and shuns clothing till the embers fade. Finally she wakes and the redness is gone but the words remain. Her boyfriend takes snaps. All the photos scream REGRETS.

She endures more treatments, more boiled skin and molting and pain, but the words persist. When she’s healed, she gets a new tattoo to mask the old, a massive rearing stallion. For a few weeks, that’s all she sees, the black horse with the swirling tail and flared nostrils. But then, slowly, the beast’s belly grows pale and the words peek through, clear as the day they were pressed into her skin. NO REGRETS.

Somehow, word gets out about her ink. Furtive whispers at first, pointing that turns into awkward head scratches when she looks, leering eyes that won’t meet hers. Soon, the rosy pretense fades, tongues wag without regard. People she’s never met seem to know her most intimate secret. She’s a fallen celebrity who’s never enjoyed a rise.

“I’ll come, too.” He packs a bag, buys film for the Polaroid and fills the car with gas. Somewhere east of Omaha, with Hank Williams on the radio singing he’s so lonesome he could die, she thinks about her father. She rolls down the window and looks into the night. “I love you,” she says to the man whose eyes are stars now, lighting up the sky. “Thanks for being there.”

In the evening, in a rundown motel off the Interstate, he takes another Polaroid. Once the photo has developed, she takes a long, hard look. The word REGRETS is ever so slightly fainter.