He certainly hadn’t intended to turn up Mitten Lane, but he spur-of-the-moment did so, primarily to irritate the bastard driving hard behind him, a dickhead in a bright yellow porkpie hat who had given him horn twice within a half-a-mile for going too slow. As he made the sharp turn, he hoped canary boy was properly angry, but he didn’t have time to even speculate, because all his attention was suddenly drawn to a bunch of blue, hardbound books lying in the road. While he slowed down, he didn’t stop, and he in fact felt his car ride over one or two of the books before he came to the stop sign several blocks up at the end of Mitten Lane. He then turned west onto Sussex Road and drove the remainder of the way home without incident.

His name was David, and two days later, again in the darkening hours of a winter evening, somewhat the same thing happened as he drove home from having sex with Jasmine. Only this time, the blue books were scattered over about twenty yards worth of Sussex Road. It naturally occurred to David that perhaps some or all of the other blue books were still on Mitten Lane, but he really had no idea at all if this were true, because he’d come home today by his normal, direct route and hadn’t been on Mitten Lane.

Three days later, as he sat up in Jasmine’s bed after playing doctor-in-the-house, he told her about the blue book episodes. David also told her about how he’d mentioned the books to his wife and gotten next to nothing in the way of reaction or comment. A long, long pause ensued, an absolutely quiet time in which, had Jasmine’s husband ever been to Austria and brought back one of those carved and ornate grandfather’s clocks and placed it downstairs in the living room, both Jasmine and David would now have been able to hear it ticking through the silence in the house. Then Jasmine reached up and gently stroked David’s ear; she softly suggested that maybe among other things, the blue books carefully delineated, in a step-by-step and illustrated format, ways in which adult games (such as doctor-in-the-house) could be tweaked to increase participant pleasure and excitement several times over. That was really all it took for David to promise her that he’d promptly go and try to fetch a blue book or two or three.

But search as he did that afternoon for nearly two hours (and for an hour or two on three additional days) along the asphalt, the gutters, in the sewer areas, and about the proximate surroundings of both Mitten Lane and Sussex Road, David never came across another blue book in the road. His failure meant nothing whatsoever to his wife, of course, but it meant quite a bit to Jasmine, and he became annoyed at her when she kept pursuing things by ordering him to place a classified ad in the community newspaper, a small box of text for anyone who may have read any of the blue-books-in-the-street to contact her and appear before her to relate in detail whatever the person had read. A handsome reward was to be offered.

David grew even madder when she then reached under her pillow and presented him with a nicely wrapped present that turned out to be a leather-bound notebook and pen. Jasmine emotionally whispered he was going to clutch the notebook to his person and quietly conceal himself within her partially-open bedroom closet, where, from such a strategic and hidden location, he would faithfully transcribe every word of conversation she just knew was going to ensue between herself and every blue book reader come-to-call, all the respondents to her ad, all the wishful recipients of that swell reward. 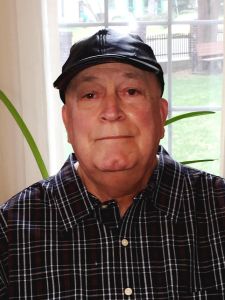 William C. Blome writes short fiction and poetry. He lives wedged between Baltimore and Washington, DC, and he is a master’s degree graduate of the Johns Hopkins University Writing Seminars. His work has previously seen the light of day in such fine little mags as The Alembic, Amarillo Bay, PRISM International, Fiction Southeast, Roanoke Review, Salted Feathers and The California Quarterly.