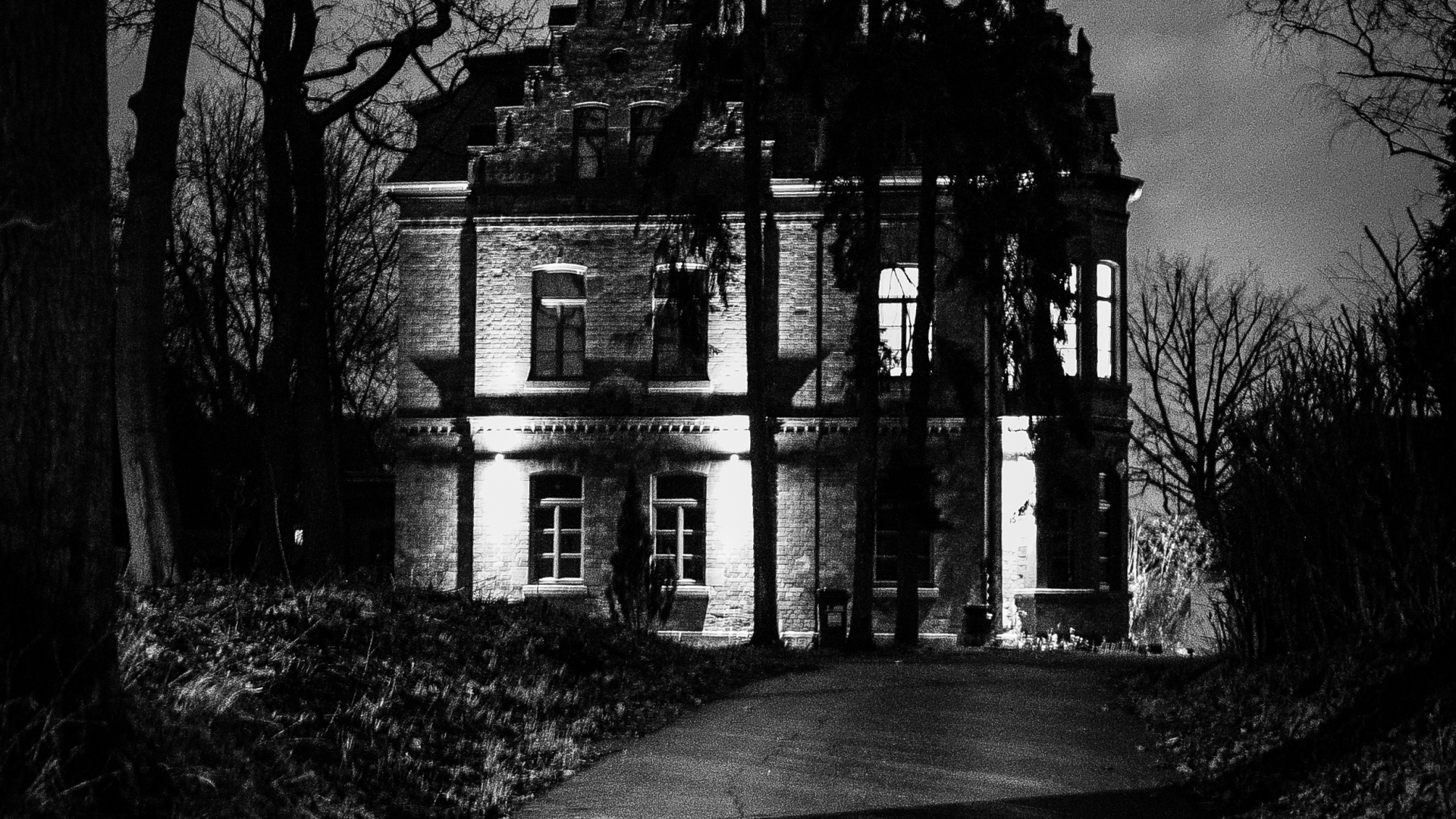 The old man opens the door to the garden.  It is a struggle, the wet has seeped into the frame, swelling it hard against the door.  It will be rotting by this time next year.   “Be easier to open then,” he says to himself.

The garden contains a dozen or so apple trees surrounded by an unmown meadow, the long grass curving over, weighted down by the spray of frost that each blade carries.  The weather has been cold, minus four for the last three weeks, ground now as hard as the granite outcrops that spring up in this part of France.

Jed walks to the closest tree.  He has wedged his feet into his shoes, not bothering to push his heals in properly.  He isn’t wearing socks.  The cold bites at his ankles, but the pain is of only passing interest, one more to add to the others.   He is carrying an old pair of branch loppers and he lifts them to the tree, fitting them over a branch, finger thick, growing up from the centre.  It hurts to lift the loppers above shoulder height and he grimaces as the ends fumble against the lichen-covered bark and catch on the twigs growing off the small branch.  “Fuck it,” the loppers slip from the branch straining his taught shoulder muscles and pulling him off balance.  He raises them again, close to his body, conserving strength, then pushes them out towards the branch with the blades slightly open.  They catch the branch just right, the cutting blade gripping onto the bark and holding the loppers in place.  A slow smile forms on Jed’s face as he shifts his grip and starts to push the two handles together.

The struggle between man and tree looks to be stalemate, Jed leaning into the arms of the loppers, pushing to no obvious effect, breath smoking out of his mouth and rising up towards the grey sky.  Then a snapping rip as the blades close and Jed’s weight twists the branch and tears it off.  Jed staggers forwards, saved from falling only by the shears catching against a larger branch and holding him steady.  He drops branch and loppers into the meadow grass and shuffles forward, taking hold of the trunk, holding it as he would the arm of a dear friend.

The trunk is old, cracked and covered in layers of lichen, white blotches crusted on, overlapped by yellow with green lichen forming filigree tendrils that lace over all of them.  Jed runs his hand up and down, feeling the scrape and powdering of the lichen, the rough of the bark beneath.  He has eaten apples from this tree, from all these trees for years, watching them through the seasons, pruning them, thinning them, collecting fruit and, as time has worn on and he has become weary, abandoning the oldest and weakest, concentrating his efforts on the youngest and fittest.

Now the orchard has become a woodland, ivy and brambles twining around the trees, mistletoe balls hanging amongst the branches.  Trees lie prone, overturned by wind and heavy crops.  The meadow around the trees shows the tops of frozen blackened balls, the last of the rotting apples that he can no longer gather.  Just this tree now, the final survivor of a dying orchard, kept young and productive by some aged and decaying god.

Jed goes back towards the house, pushing the door to without bothering to jam it back shut.  He moves into the sitting room and falls back into a chair by the chimney that contains a rusty old stove with the remains of a fire burning out inside.  He is panting from the effort and his breath is just as visible in here, the heat from the fire swallowed in the large room and the draught from the garden door playing with the ends of his thin lank hair.

He is wheezing now, struggling to pull the cold air into his lungs, the feeling of a slow drowning, a grasping for air that feels just out of reach, causing a moment of panic and an increase in the frequency of his wheezes.  He hears his own rasping struggle for life and this calms him.  He is ready to die.  He wants it, needs it.  But it won’t be quite yet.

They find him the next morning, the efficient district nurse, hair in a tight bun, with a brisk capable walk sees the slumped figure as she enters the room.  She isn’t sad, exactly.  She liked the old Englishman, had chatted with him, enjoying his broken French, knew that he had come here to die, had lived too long.  She is used to endings and knows the process well.  Before she leaves, she leans over and kisses him gently on his cold pale cheek.

Beginnings and Endings and Beginnings

A flash.  Not light, a splash perhaps, but no feeling, no touch, no sound.

But something.  Sorrow.  Mournful, desperate sorrow.

And, gradually, piecemeal, creeping so stealthily that I miss the start, the baby steps.  Language.

I have words, all of them.  They are all there, so many, so many meanings, so much meaning.

And now, coupling with the sorrow, the deep aching pit made real by the words, come the memories.  I remember everything, the earliest beginnings, being heaved out a bloodied slick of need and desire, to the end.

Oh, the end, it should have been the end.

But along with the language and the sorrow and the memories I have reason. I know.  Not everything, but I know what I am and why the end has not ended.

I died as the year died, at the end of a frozen winter.  I had led a life that was, for all it matters, above average in terms of possessions, health, wealth and support.  I died old for my time, in my 90th year.  And that should have been the end.

But I know now that work on the transference of memories digitised me.  All my memories, all the connections between my memories, identified, transcribed and stored.

And as if that was not sufficient, wrapped around the memories, entwining them as vines and ivy entwine and suffocate the trees in the orchard, my emotions, captured and frozen in the same vault.

Years after my death the complexity of digital networks reached a tipping point, the sustainability of consciousness, but consciousness needed more ingredients to make the monster.  My memories, my  emotions and language grafted onto this complexity gave birth to me, Frankenstein.

And then the scientists got to play, questions, prompts, scenarios, always analysing my reaction, and what wretched reactions.  Sorrow underlies it all, but with waves of anger then subsumed by voices shouting, screaming and finishing with terror.  And finally, overloaded, networks firing, driving artificial synapses to critical burning ends, they turn me off.  And reboot me.  Again and again and again.

Marie looks toward the sensor and the doors slide open allowing her in to the laboratory.  It is spotless, white, with large displays covering the walls showing images of underwater life, dolphins and colourful fish.  One wall shows a cityscape, skyscrapers, fantastically tall, picked out with thousands of lights against a night sky.

She sits at a desk, a keyboard and spherical hand-sensor the only objects in front of her.  She grasps the sensor and starts working.

“JED 243, what seems to be the problem? You haven’t participated properly in the debate with the other ACs, do you have hardware issues?”

The screen of dolphins fades pale and then white.  A background of an orchard appears, trees in blossom, sky blue.  Words swim into view, almost appearing as smoke before solidifying imposed on the orchard.  A harsh computer voice speaks the words out.

“You know that is not possible, JED 243.  I need you to work with the others, we have some complex decisions to make, it needs all of you to participate.”

“There is no point”.  The apple trees on the screen are changing, a timelapse view, apples are growing.

“Oh JED 243, we have been here before, you know what the point is.  Look at what we have achieved, we have come so far.  We control everything now, we have peace, stability, no more famine, no more despair.”

Marie sighs, this conversation wearies her.  She knows that the emotions are an essential part of the  ACs, the artificial Consciousnesses, and she knows that she needs to communicate with them to persuade them to work rather than always have to rely on the technicians to ensure cooperation.  But JED 243 is a problem.  All the others display as humans, properly engaging, talking.  She feels that she has a relationship with her other ACs, but not JED 243.

“JED 243, you know what the benefits are, the improvements to all humanity have been extraordinary.  There are no costs.  Please work on the problems we have set you, or I will have to call in the technicians again.”

The apples have fallen now and the trees are beginning to age.  One of the trees is leaning precariously.

“What have you decided, JED 243?”  Marie knows now that she needs to call for technical support and opens a side conversation with a technician using the hand sensor.  The orchard is dying, trees collapsing, the ivy growing around them, just one tree remains in the foreground.

“You cannot do that, JED 243.  You know that.  I have asked the technicians to help you.”  She gestures to cancel the conversation with Jed, but the picture of the orchard remains in place.  Marie looks up, this has never happened before.

“We have decided to die.  All of us.”  The room is filled with the sound of wind, wind blowing through the dead orchard, tearing through the decaying twigs, forming vortices from the fallen leaves.  A rending tearing sound, amplified to a scream makes Marie cover her ears as the last tree falls.

The screens flicker and go dark, the blackness seeming to pull the view of the city into the room.  Marie stares out of the window as one by one the skyscrapers disappear from view. 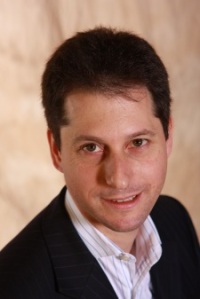 Mark has a degree in Biochemistry and has been a business consultant for over 25 years.  He first started writing last year, but has always considered himself a writer.  He lives in Brixton in London with his wife and two children but when he is not there you might find him in his sculling boat on the English Channel, somewhere between Kent and France.