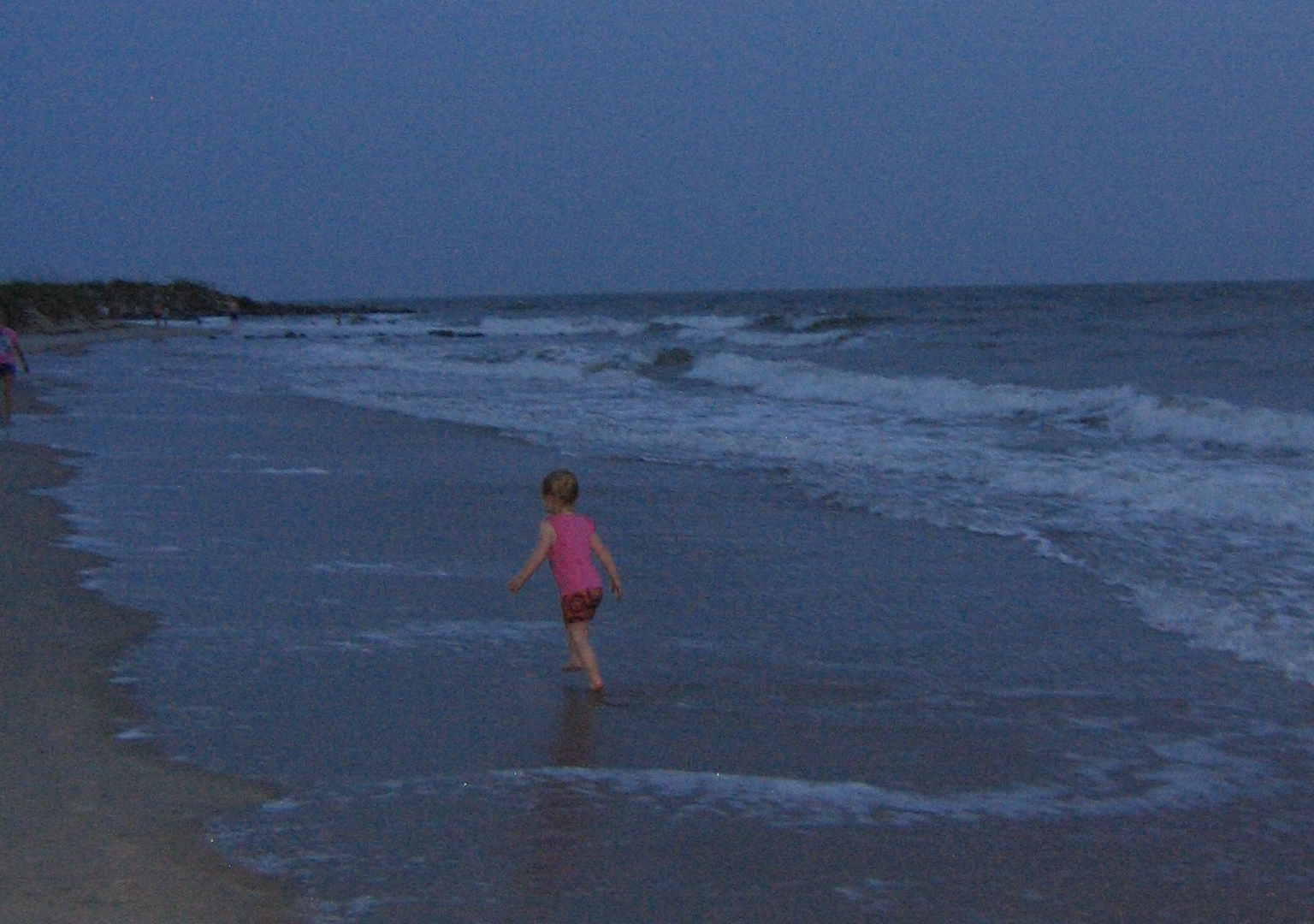 I’m not sure what time of the day it is. I have no watch, no phone. From the length of the shadows cast by the people in the crowd I guess it’s early. All of the crowd, every single one, look up to the sky, cell phones raised, taking pictures.

There are seagulls flying about haphazardly. A security van has its hazards on. Things aren’t right.

Curious, I walk across the street, navigating slow traffic.

A girl in uniform smiles.

Where have you been, she says. Mars?

As the moon moves slowly down over the sun, I look right at it.

You can’t look at it directly, she says. You have to put your hand over your eyes.

I look at her.

I’m only saying what it said on the radio!

I ignore her and continue looking directly at what is left of the sun.

When I look away I see a trail of greens and reds and yellows.

Right now, she says. It looks like an engagement ring.

She reminds me of someone.

Suddenly, everything gets dark, cold.

Is this supposed to happen? I ask.

F is for Fish

My head is clear but I can’t move. I try to sit up but nothing happens. My right eye doesn’t open fully. It takes a second or two to focus… I’m in my bedroom.

I remember falling at the front door then crawling up three flights of stairs trailing a bag of broken glass behind me, then nothing.

My phone rings. I wonder if it’s Simon. Simon has been my sponsor for the past two years. I met him in rehab, like me he’s an alcoholic but Simon is in recovery. He has a god in his life. He’s living the program.

He gave me his two goldfish to look after while he’s on holiday. He thinks this little act will keep me sober. He’s wrong. Before Simon gave me his goldfish I knew I was going to drink. The compulsion for alcohol had returned.

I hear music. Shauna is home; she lives directly below. She looks different every time I see her. Sometimes I walk by her on the stairs, say hello and don’t immediately realise it’s her. She has that chameleon-like quality that great method actors have. She should have gone to Hollywood. Instead, she’s trapped in a flat mixing antipsychotics with class A’s. She’ll put on a track and play it over and over again. Today it’s Nena’s 99 Red Balloons – the German version. Shauna is stuck somewhere in the mid-eighties, when she was a child and life held no fears.

I shout, but no one can hear me. I need to sit up to shout properly. So I lie looking at the ceiling with my mouth open while 80’s Europop drifts up from below. Please don’t let me die to this song. If I’m going to die then let her play Snowblind by Black Sabbath. When I was a kid I loved that song. I thought it was about a guy who gets stuck in a blizzard, until I realised it was about coke addiction.

I remember my first drink; I was fourteen years old. If I saw the world in black and white before I took that first drink then taking it turned everything to Technicolor. It seemed I’d found the answer to my prayers. Drinking took away the fear, that feeling of being less than. All of a sudden I measured up. The problem is it never lasted; within a few years I was a full-blown alcoholic. People say there is a line, like something you step over, one minute normal, the next, alky. In truth the line is blurred.

It seems that things can’t get any worse, but I’ve had rock bottoms before. Simon talks about the time when he decided he’d had enough – the jumping-off point. Simon says I should move a muscle when I’m in mental pain: Move a muscle, change a thought. But I can’t move.

I Spy with my little eye something beginning with A… Alcohol.

There are four empty vodka bottles on the dressing table. Three are Smirnoff and one is Vladivar. I don’t remember buying the Vladivar. I can’t see the floor but I know they’re there as well, all empty.

I read recently that more people drown in the desert than die of thirst. Flash floods are the killer. It doesn’t rain for a long time and then, when it does, people aren’t expecting it, and it really rains – for days on end, and people just drown. That’s what it’s like when I drink; a flash flood. A long dry spell and then, when it comes, it’s a downpour.

B is for Boredom.

I can’t see anything beginning with B but I think I might die of boredom. Sherlock Holmes took morphine to stave off boredom. Maybe the police will investigate after my body is found, maybe a modern day Sherlock Holmes will look around my room, and as 99 Red Balloons ascends up from below, he’ll deduce: ‘All is not as it appears, Watson. Something hastened his demise.’

‘What do you mean, Holmes?’

‘You weren’t bored again this morning, were you, Holmes?’

C is for crack.

Not the drug; I’m talking about the cracks in the ceiling. I’m sure I’ve noticed the big cracks but I didn’t notice the little ones. They look like they’ve been there for a long time but I don’t think the ceiling is going to collapse. They’re just a part of it. I suppose if you look closely at anything for long enough you’ll see little cracks. Maybe that’s why I’m no good at relationships; I’m worried if someone gets too close they’ll see the cracks.

I used to think I was a born survivor, one of those people you read about in Reader’s Digest who gnaw their own legs off in a snowstorm, then slide a hundred miles on their arse to the nearest hospital and now they have a new career as a skiing instructor. And maybe I was a survivor at one time but not anymore. Something happened after I crossed the line from social drinking to alcoholism.

D is for dehydration.

That would be a good one for my mother – died of thirst. When her friends ask over the garden fence with clasped hands what I died of, she’ll be able to say: He died of thirst.

Oh, was he an adventurer?

When I wake I have the harsh metallic taste of blood in my mouth, like raw egg. It’s late afternoon. The window is closed but I can still hear the traffic: people living their lives, coming home from work, collecting their children from school; doing what I can’t do.

The thirst reminds me of the time when I was a kid in hospital. For two weeks they kept me on a drip. I wasn’t allowed anything to eat or drink. When they took me off the drip, my mother asked me what I’d like to drink. I’d been dreaming of cold lemonade for weeks; but I said tea. I’d like a cup of tea. Trying to impress, always trying to appear something other than what I am. I would do anything to go back to that time and tell my mother that I’d like a glass of lemonade.

When I wake my jaw and tongue are sore.

E is for electric shock.

My muscles go into spasm, my buttocks, thighs, calves, biceps and stomach all cramp up and release. When the spasms are over, and they last maybe five, ten minutes, I’m exhausted but I find I can move. I turn on my side and manage to get myself semi-upright at the side of the bed. I’m still wearing my clothes. On the floor is the bag of broken glass I dragged up to my flat three days earlier.

My muscles are no longer in spasm but I’m shaking badly. In this fashion I make it to the kitchen. I catch a glimpse of myself in the long mirror in the landing. But it’s not me; it’s an intruder, a bearded skeleton who has ransacked my flat.

I make it to the water-tap and quench my thirst.

Then I reach to the cupboard for a chill pill. Diazepam will give me a soft landing but it’s also a muscle relaxant. The tablets are in one of those little bottles that have a safety cap to stop kids opening them. My brain tells my hand to squeeze the lid while turning, but somewhere along the line my hand doesn’t receive the signal. A task that would take me ten seconds now takes minutes. This is how it will be for the next few days. On the bottle it says ‘take one as required’. I take four, and in a couple of hours, I will take another four.

I stand over the sink sipping water, but my head is still in the room. I know I’ve forgotten something. And then I remember… F is for fish. 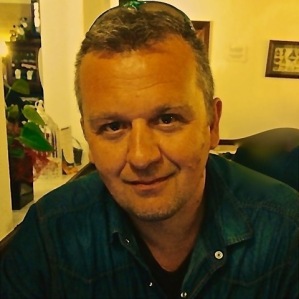 Peter Jordan has received various awards, including a literary bursary from The Lisa Richards Agency, while taking an MA in Creative Writing. Two consecutive NI Arts Council grants followed soon after. His work has appeared in Thresholds, Flash500, The Pygmy Giant, Flash: The International Short Story Magazine, The Incubator, The HU, Brilliant Flash Fiction and CrabFat. In addition, three of his stories are in anthologies. He has taken time out from a PhD to write a crime novel set in Amsterdam. You will find him mostly in Belfast and Donegal and on twitter @pm_jordan.