“What an egomaniac. Way not worth the trouble. Unfriending you.” -Edited. [ 4:43 P. M. , Central Time. ] He wrote this comment about a post I wrote on my Facebook page in response to a slew of pornography being shared on my timeline, in messages to me, and quite a few people who have a “redhead fetish” and wanted to ask me inappropriate questions.

Most of you know me – you know that I have two children and that I’m married.

I’m an egomaniac for saying when enough is enough?

By
Conchisthemagus
Title: Still on the brink of figuring herself out.
This review is from: Unhinged (Paperback)
Unhinged.
Unplug.
Let the bilge water run down the drain.
One star for spelling her name right.

So, let me get this story straight: I stood up for myself, set some ground rules, and that meant that I deserved for some self-righteous woman-hater to devalue a book he didn’t even read? And from what I’d gathered in the short time that Allen and I were “Facebook friends,” this person is also an editor. I don’t put up with bullshit – especially when it concerns my privacy (which really means my family’s privacy) and their safety.

No matter what your profession is, if you’re a woman, you’re required to vomit smiles and sunshine 24 hours a day, no matter what. If you dare to err from this smiley-sunshine persona, even if it’s only for a few minutes, people latch onto you like leeches.

We live in a world full of ignorance, anger, isolation and pure hate. And something I’m going to coin as “Internet Rage.” Think about road rage, then apply it to being able to hide behind your computer.

I like to separate my editor self from my author self, but in this scenario, I just couldn’t.

Melissa might kick me for being on the web site, since it’s during my mandatory leave, but I had to say something. What the hell is wrong with everyone? 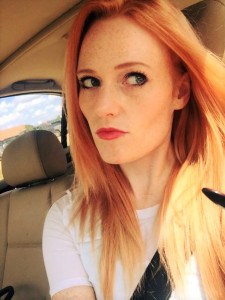 3 Replies to “Am I, dare I suggest it, coming…UNHINGED? – Editor in Chief, Kelly Fitzharris Coody”